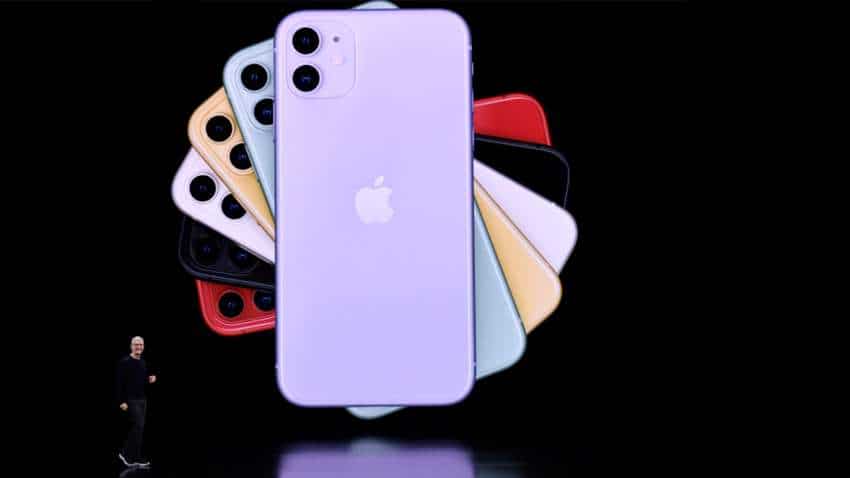 Recently, Apple unveiled four new iPhones equipped with technology for use with faster new 5G wireless networks. There was the iPhone 12, with a 6.1-inch display, the same as the iPhone 11 but lighter and thinner, starts at almost USD 800 and the iPhone 12 Mini with a 5.4-inch display at almost USD 700. A higher-end iPhone 12 Pro with more powerful cameras will begin at roughly USD 1,000; the 12 Pro Max, with a 6.7-inch display, will set buyers back at least USD 1,100. Apple said the phones should be more durable.

Now, famed Apple analyst Ming-Chi Kuo has claimed that the iPhone 13 will come in the same four model sizes as this year's iPhone 12, but with some major improvements to the camera technology. According to Kuo, the Ultra Wide cameras on the two high-end models will be significantly upgraded to f/1.8, 6P (six-element lens) with autofocus, reports MacRumors, as per news agency IANS.

The larger aperture should let in more light, potentially enhancing low-light shots and an increased number of lens elements might make it easier to take great ultrawide pictures.

In addition, all the new 2022 iPhones (tentatively called the iPhone 14 series) to be equipped with the same improved Ultra Wide camera with f/1.8, 6P and autofocus.

Apple is said to use the lenses from its main supplier, Taiwan's Largan Precision. Kuo has predicted that at least 70 per cent of all orders will go to Taiwan's supplier for iPhone 13 lenses.

Kuo previously predicted that 2022 iPhones would feature a periscope telephoto lens like the one we first saw torn down in the Huawei P30 Pro.

Periscope telephoto lenses allow for increased optical zoom by spacing out lenses inside the body of the phone.