The Cupertino-based tech giant introduced new Watch Series 6 with a revolutionary Blood Oxygen sensor in the Covid-19 times and an iPad Air with industry-first A14 bionic chip. 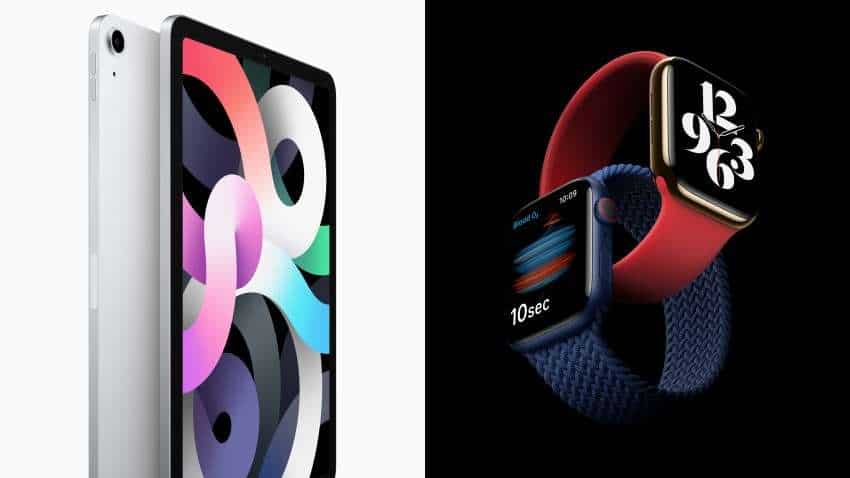 While a few smartphone lovers might have been disappointed that Apple didn’t launch the new iPhone models during its ‘Time Flies’ event, the tech giant had few others reasons for them to cheer for. The Cupertino-based tech giant introduced new Watch Series 6 with a revolutionary Blood Oxygen sensor in the Covid-19 times and an iPad Air with industry-first A14 bionic chip.

The new iPad Air in 64GB and 256GB configurations and five colours will be available in October at the Apple Authorised Resellers. The Wi-Fi models of iPad Air will be available at a starting price of Rs 54,900 and Wi-Fi + Cellular models start at Rs 66,900.

The company also introduced the eighth-generation 10.2-inch iPad with Retina display. Starting at just Rs 29,900, the iPad features the powerful A12 Bionic chip that brings the Neural Engine to the entry iPad for the first time.

The India availability of the newly-launched devices will be announced at a later date.

The iPad Air features an all-screen design with a larger 10.9-inch Liquid Retina display, camera and audio upgrades, a new integrated Touch ID sensor in the top button, and the powerful A14 Bionic for a massive boost in performance.

Oxygen saturation, or SpO2, represents the percentage of oxygen being carried by red blood cells from the lungs to the rest of the body, and indicates how well this oxygenated blood is being delivered throughout the body.

Apple Watch Series 6 houses a faster S6 System in Package (SiP) and next-generation always-on altimeter, along with its most colourful lineup yet, featuring a beautiful palette of new case finishes and bands.