Amazon and Flipkart are at it again with attractive deals on smartphones. We tell you all about it. 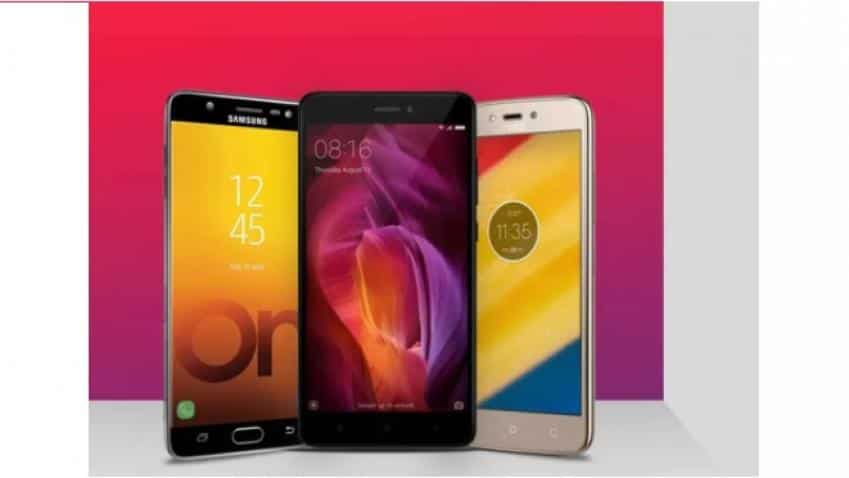 Amazon is offering an additional Rs 3,000 off on the OnePlus 5 with its exchange on purchase option. Image Source: Flipkart End of Season Loot ad/official website

Looks like the e-commerce world isn’t done doling out deals on smartphones. Flipkart and Amazon have both laid out attractive deals on purchase of phones on their site.

Amazon is offering an additional Rs 3,000 off with its exchange on purchase option.

“Extra Rs. 3000 off on Exchange on purchase of OnePlus 5 (applied automatically on choosing the exchange option). Avail 3/6/9/12 months No Cost EMI on Credit Cards – choose the payment option at checkout,” Amazon said.

The company is also offering deals on Cleartrip and Kindle. In partnership with Vodafone, customers will also get up to 75GB data free and three months of Vodafone Play.

Amazon has also laid out deals on Samsung Galaxy J7 series phones with up to 12% discount.

Flipkart on the other hand has announced the last day of its ‘End of Season Loot’ sale.

During the sale it is offering deals on Apple iPhones, Moto C Plus and budget phones priced between Rs 4,000 and Rs 10,000.

The company is offering the Moto C Plus with an End of Season discount of Rs 1,000.

Deals on iPhones include Apple iPhone 7 128GB variant which is being offered for Rs 49,999.

In its phones priced from Rs 4,000 onward the company has listed smartphones like iVooMi Me3, Infinix Note 4 and the Honor 6x.

Other phones priced below Rs 20,000 are also available on Flipkart.