Amazon and Flipkart are among online retailers demanding that India scale back a proposed tax on third-party sellers on their platforms. 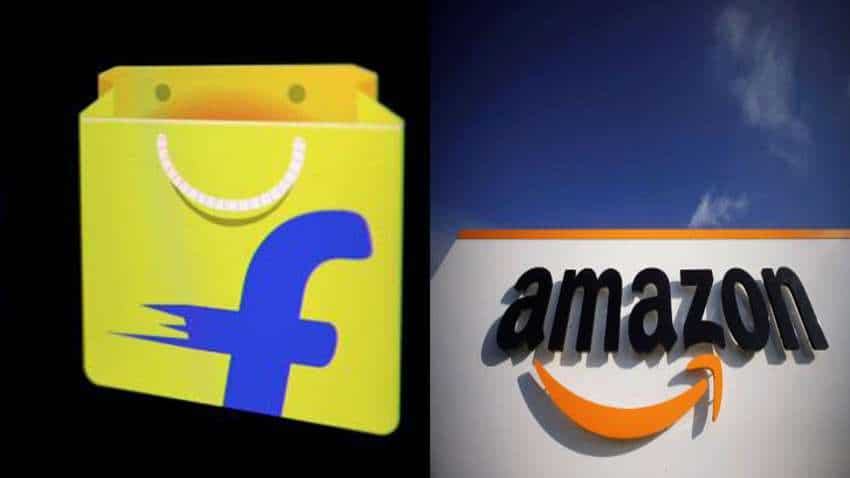 Online retail industry is braced for a possible 1% tax on each sale made by sellers on their platforms from April if the proposal is approved. Photo: Reuters
Written By: Reuters
RELATED NEWS

Amazon and Walmart`s Flipkart are among online retailers demanding that India scale back a proposed tax on third-party sellers on their platforms, saying the burden of compliance will hurt the fledgling industry, according to a document seen by Reuters. The online retail industry is braced for a possible 1% tax on each sale made by sellers on their platforms from April if the proposal is approved by parliament next month.

The move is part of a broader plan by Prime Minister Narendra Modi`s government to increase tax revenues and counter a sharp economic slowdown due to weakening consumer demand.

But the tax will hurt the country`s fledgling e-commerce sector, according to a presentation prepared by the Federation of Indian Chambers of Commerce and Industry (FICCI) for the government and reviewed by Reuters.

"(It) would cause irreparable loss to the entire industry with increased compliance burden," the lobby group said on behalf of e-commerce companies. "This will also lead to reduced trading activity."

Amazon declined to comment. A spokesman for Bengaluru-based Flipkart said it was working with industry chambers to voice sellers` concerns and highlight the increased cost of compliance.

Some third-party sellers are also pushing back against the tax, arguing it would negatively impact their working capital, adding that they already contribute to a nationwide sales tax.

This tax will be "extremely detrimental to the growth and sustenance" of small online sellers and make the model "unviable", Unexo Life Sciences, a seller of healthcare products on Amazon`s India website, said in an email to the Central Board of Direct Taxes that was reviewed by Reuters.

Online vendors, or sellers with revenue of less than half a million rupees in the previous year, as well as brick-and-mortar retailers, will be exempted from the new tax, although they are subject to the nationwide sales tax.

India`s e-commerce sector is expected to reach $200 billion by 2026 as rising smartphone use and cheap data help hundreds of millions to shop online for everything from groceries to furniture. But companies such as Amazon and Flipkart have also had to face tighter regulations and an antitrust probe.

The tax would apply to the income of drivers on ride hailing firms such Uber and Ola as well as sales on restaurant aggregators including Zomato and Swiggy.

Ola and Uber declined to comment, while Swiggy and Zomato did not respond to requests for comment.

Modi is pushing to expand India`s tax base to hundreds of thousands of manufacturers, food sellers and cab drivers who currently do not pay income tax, a senior Finance Ministry official said. Modi has said just about 15 million of India`s 1.3 billion Indians people pay income tax.

New Delhi expects to collect about 30 billion Indian rupees ($419.46 million) through the tax, the Finance Ministry said. It will also provide data on billions of dollars in sales.