Heating up the war for subscribers in the telecom space, Airtel and Vodafone have released cashback offers on bundled handsets. 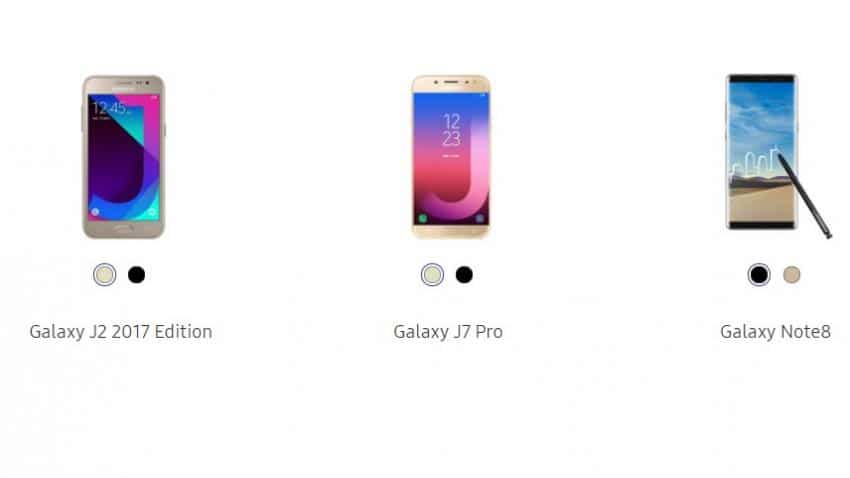 It is Airtel versus Vodafone in the battle to woo new subscribers with cashback offers. Two of the country’s largest telecom operators have tied up with Samsung to give cashback on a variety of smartphones in a bundled handsets offer.

While availing the cashback offers on these phones, which the operators’ claim will bring down the ‘effective price’ of these smartphones, subscribers will have to become a part of the telcos’ respective network.

Deals of bundled handsets started pouring in after Reliance Jio launched its JioPhone, a feature phone with 4G VoLTE technology for a refundable deposit of Rs 1,500 after three years.

So which offer should you go for?

The maximum cashback on each of the phones by Airtel and Vodafone will be only Rs 1,500.

Vodafone added that the offer will be launched across different locations, later this month.

In order to avail this offer, prepaid customers will have to recharge with Rs 198 per month for 24 months.

Post-paid customers will have to opt into any one of Vodafone’s attractive Red Plans.

Vodafone users will have to recharge with a total value of Rs 4,752 over a period of two years.

The bundled handset data plans will give subscribers access to unlimited voice calls and 1GB data/day on Vodafone's network.

Further the cashback will only be credited into customers’ M-Pesa wallets, which is Vodafone’s e-wallets used mainly for recharges.

“The Rs 1500 cashback will be disbursed to customers over 24 months. At the end of 12 months, customers who have done recharges (in any denomination of their choice) worth Rs 2500 will be eligible for the first instalment of Rs 300. They will be eligible for the second instalment of Rs 1200 provided they complete another set of recharges worth Rs 2500 over the next 12 months,” Airtel said.

While Airtel customers will need to recharge with a total value of Rs 5,000 over a period of two years to avail the cashback.

The bundled handset plans would give subscribers access to 1GB data/day and unlimited calling.

The operator did not specify in the release how the cashback would be ‘disbursed,’ however a report by PTI said the money would be credited in Airtel Payments Bank.