Airtel partners with Karbonn to roll out 4G smartphones; here’s how much it costs

Airtel has partnered with Karbonn mobiles for the sale of its smartphone. Effective price of the phone is Rs 1,399 however with down payment and monthly recharges this price increases drastically. 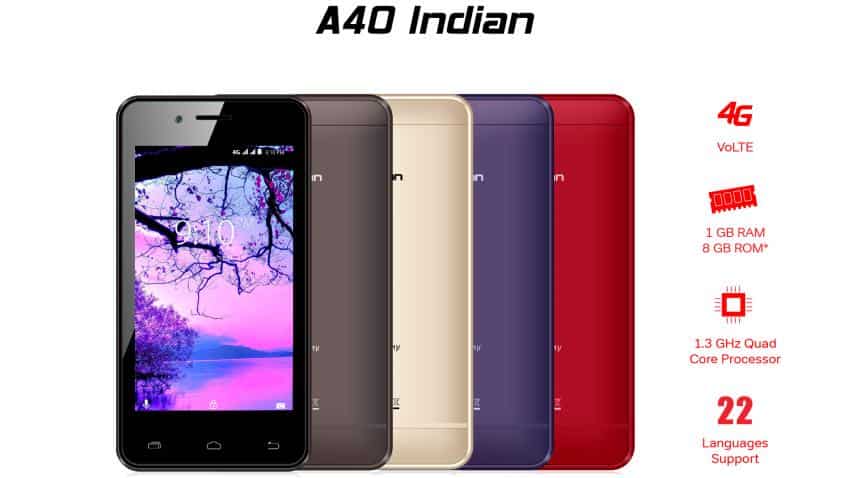 Airtel said a down payment of Rs 2899 has to be made by interested customers along with a monthly recharge of a specified amount for the next three years. Image Source: Airtel
Written By: ZeeBiz WebTeam
RELATED NEWS

India’s largest telecom operator, Bharti Airtel on Wednesday announced it has entered into a partnership with Karbonn Mobiles to sell its smartphone variant with 4G connectivity.

“We are delighted to partner with Karbonn to remove barriers to smartphone adoption and enable millions of Indians to leapfrog to a full touchscreen smartphone experience,” said Raj Pudipeddi, Director – Consumer Business and CMO, Bharti Airtel.

“Under the partnership, the Karbonn A40 Indian – now comes at an effective price of just Rs 1399 (compared to its current market price of appx Rs 3499),” Airtel said.

However the actual payment for the phone is much higher.

Airtel said a down payment of Rs 2899 has to be made by interested customers along with a monthly recharge of a specified amount for the next three years.

“The customer needs to make a down payment of Rs 2899 for the 4G smartphone and make 36 continuous monthly recharges of Rs 169,” Airtel said.

Monthly recharges at the end of three years plus the initial down payment takes the total to Rs 8983.

Like Reliance Jio that has started delivery of its JioPhone last month, Airtel also promises cashback to its customers.

“The customer will get a cash refund of Rs 500 after 18 months and another Rs 1000 after 36 months, taking the total cash benefit to Rs 1500. In case the customer does not wish to opt for the Rs 169 bundled plan, she/he has the flexibility of doing recharges of any denomination and validity as per individual requirements,” Airtel said.

Reliance Jio said the ‘effective price’ of its JioPhone was ‘Rs 0.’ Later the company’s terms and conditions pointed out that customers would have to pay nearly Rs 6,000 for the free JioPhone.

Airtel also added that this would be ‘the first of several partnerships.’

“We plan to partner with multiple manufacturers to bring affordable smartphone options to the market and build an ‘open ecosystem’ of low cost devices,” Pudipeddi added.

Earlier in July Airtel had cited in an investor call that it would look to partner with mobile handset manufacturers to bring ‘bundled 4G smartphone options to the market.’

The samrtphone will have 4G network connectivity options.

“The Google Certified – Karbonn A40 Indian has a full touch screen plus dual SIM slots, and offers complete access to all apps on Google Play Store, including YouTube, Facebook and WhatsApp. The 4G smartphone is bundled with a monthly pack of Rs 169 from Airtel, which offers generous data and calling benefits,” Airtel said.

CA confirms Indian players were racially abused in Sydney, but clears those evicted from stands