About week before the much-awaited launch of its new smartphone series in India, Honor has launched a new 360-degree campaign 'You Deserve Better'. 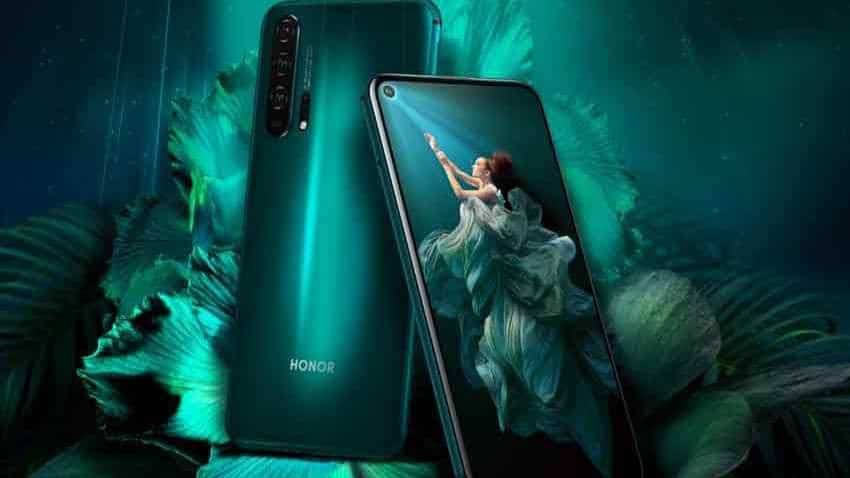 The campaign is aimed at reiterating the smartphone manufacturer's commitment to deliver better every time. Source - Honor/Twitter.

About week before the much-awaited launch of its new smartphone series in India, Honor has launched a new 360-degree campaign 'You Deserve Better'. The campaign is aimed at reiterating the smartphone manufacturer's commitment to deliver better every time. The upcoming Honor 20 series launch is looming and the company claims it will deliver unmatched photography capabilities, superior design and ultimate user experience that resonates with global youth. The campaign addresses an aspiration that is innate to every human being that is to ‘expect more, be more'.

The Honor 20 series was launched in London on May 21 and the smartphone manufacturer claims that the new smartphones bring an intuitive new experience with their innovative design, user experience and great performance to change the way consumers interact with their smartphones.

Talking about the new campaign, Suhail Tariq, CMO, HONOR India said, “With the smartphone industry adopting technology at such a rapid pace, consumers today are more empowered and better informed than ever before. Consumers today expect quality design, best in-class cameras and high performance. With our new campaign “You Deserve Better”, we not only want to meet these aspirations, but also keep pushing boundaries to continue to remain the most preferred choice for consumers.”

The new series is set to be launched in India on June 11.

The campaign is ideated and executed by Mullen Lintas. Vikas Mehta, CEO, Mullen Lintas said the brand aims to bring top end innovation at great value to users and caters to a segment we call, upgraders. "Honor 20 series is a great example of devices with specs that meet or beat most flagships. As a true challenger brand, we chose to target people who are stuck with their overpriced flagship phone that often lets them down. This series of content-pieces aims at stirring that dissonance amongst people through a strong point of view from HONOR, that #YouDeserveBetter," he said.

Azazul Hafique and Garima Khandelwal, CCO, Mullen Lintas said, "The brief was to establish HONOR as the mobile with the best camera in the industry. The entire idea came from a simple consumer insight that most of us are extremely dissatisfied and disappointed with our current phones. The phones we once loved have betrayed us and we are stuck in a bad relationship. HONOR will be the new found love for those who are repenting their bad decisions. We picked simple stories of people who are in love but can’t enjoy a single moment together because of their partner, their existing mobile phone doesn’t respond. Thereby telling the consumers that they deserve better."