Chinese conglomerate BBK Electronics -- which owns smartphone brands like OnePlus, Realme, OPPO and Vivo and accounted for over 30 per cent of Indian smartphone shipments in the June quarter -- has now set its eyes to dethrone Xiaomi from the TV market in the country. 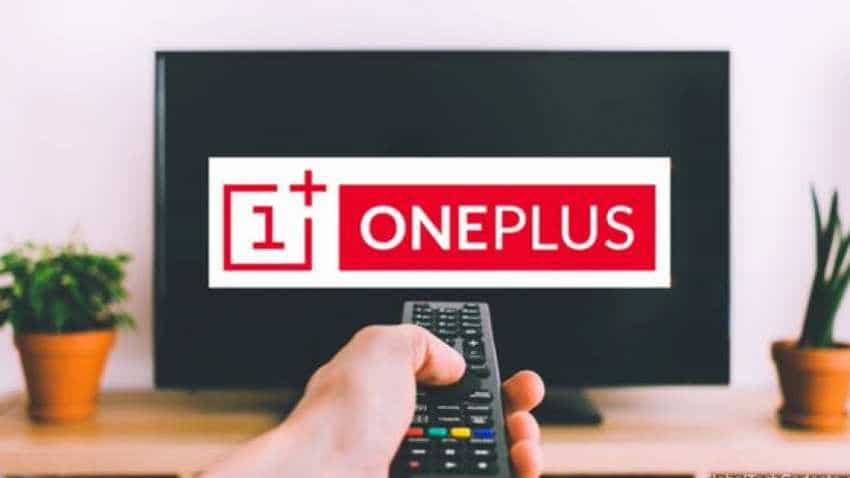 BBK Electronics with Vivo (11 per cent), Realme (9 per cent), OPPO (8 per cent) and OnePlus (43 per cent share in the premium segment which is Rs 30,000 and above) outclassed Xiaomi in the second quarter. Image source: OnePlus Twitter handle

Chinese conglomerate BBK Electronics -- which owns smartphone brands like OnePlus, Realme, OPPO and Vivo and accounted for over 30 per cent of Indian smartphone shipments in the June quarter -- has now set its eyes to dethrone Xiaomi from the TV market in the country. Headquartered in Dongguan, Guangdong, BBK Group has bolstered its India plans, first by introducing disruptive Realme smartphones in the price segment, Xiaomi has always been a dominant force to reckon with and now launching OnePlus TV this month to take on Xiaomi`s Mi TVs.

In the second quarter (Q2) 2019, Xiaomi had 28 per cent market share in smartphone shipments in India. , according to Counterpoint Research. In the India TV segment, Xiaomi`s Mi TVs have been highly successful till date. The company had a good start in the TV segment with shipping 2 million TVs.

According to the IDC, Xiaomi registered 39 per cent share of the smart TV market in India in Q2. In terms of smart TV shipments, Xiaomi has been ranked first in India for five consecutive quarters as of the June quarter this year. This scenario is set to change seismically in the coming quarter with the first OnePlus TV that will be an Android device loaded with Google Assistant, Chromecast built-in and Google Play.

According to OnePlus CEO Pete Lau, India would be the first market to get the OnePlus TV because the company has great relations with the content providers in the country. OnePlus TV would be available on Amazon.in. The 4K TV will come with a 55-inch screen, QLED panel and Dolby Vision, among other features, at a disruptive pricing. According to Tarun Pathak, Associate Director, Counterpoint Research, TV is a natural extension for smartphone brands like OnePlus, which aim to grab the maximum share of the users` screen-viewing time.

"Additionally, the supply chain overlaps to a certain extent which further reduces the barrier to entry. Content is going to be a major play and presence in the TV segment will enable smartphone makers to forge better partnerships with content players," Pathak told IANS. BBK Electronics grew 27 per cent (year-on-year) in India in 2018, positioning itself at third place after Xiaomi and Samsung, before becoming the top vendor with four-brand strategy this year.

BBK today is collectively the world`s third largest manufacturer, even bigger than Huawei, in terms of volume. Meanwhile, in the India online smartphone segment, Xiaomi captured around 46 per cent of the market share market in Q2 2019, followed by Realme at 17 per cent online market share. Next on OnePlus agenda is to capture a bigger pie of the TV market in the country that is going through a lot of churning. "OnePlus is likely to do well in the space as like smartphones, we have limited brands in the premium TV segment," said Pathak.