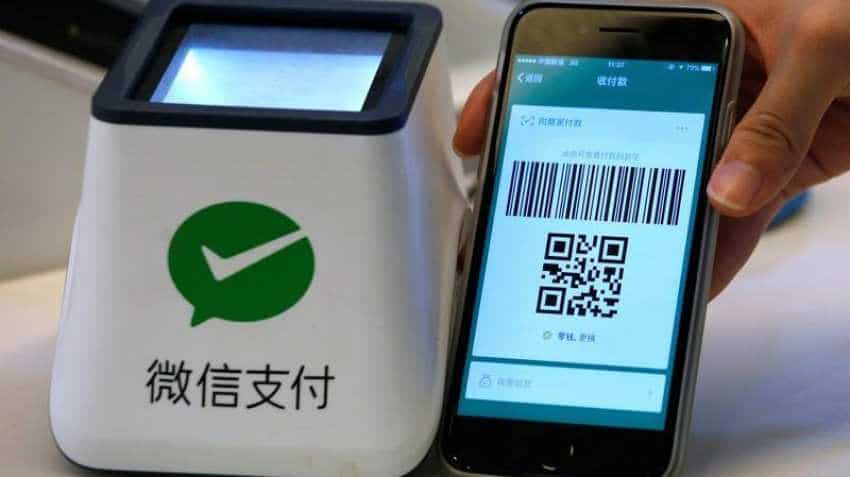 Tencent has partnered with three banks in India-Axis Bank, ICICI and HDFC, wherein it wants to have its own UPI handle. Photo: Reuters

There are a plenty of choices when it comes to e-commerce payment systems and digital wallets. Since demonetisation in 2016, there has been an increasing utilisation of Unified Payment Interfaces. To add to the list of options available for people to use, Chinese multinational Tencent-owned WeChat is soon launching a UPI application for payments. Similar to other UPI based payment methods, WeChat Pay will also have easy and quick methods of payments such as QR code, Quick Pay, In-App web-based or native in-app payments. This application will also cater for fund settlements across various currencies, over borders around the globe.

According to Entrackr, Tencent has partnered with three banks in India-Axis Bank, ICICI and HDFC, wherein it wants to have its own UPI handle.

WeChat Pay is speculated to launch by the end of May-June. An internal source at Tencent India said," The company is registering an Indian entity for WeChat Pay."

In China,  WeChat Pay is the second most popular and widely used digital payment methods after Alipay. On the other hand ,with various behemoth companies such as Amazon, Google Pay, Paytm already competing against each other, it will be interesting to see if WeChat Pay will receive the same traction, better than the messaging application. The messaging application WeChat received poor response in India, as Whatsapp and Hike seemed to have swept the subscribers away  with the better features.

With more contenders joining the UPI ecosystem, there is bound to be severe rivalry in the digital payment arena, which will make e-payments more expensive.

TikTok, Wechat banned in US now

Borrowed money? Now, this app will tell how much you owe

This amazing thing happened to WeChat app; here is where big boost came from