A blow to Flipkart, Walmart! There is a new deal in town, this is what Jeff Bezos' Amazon is planning here 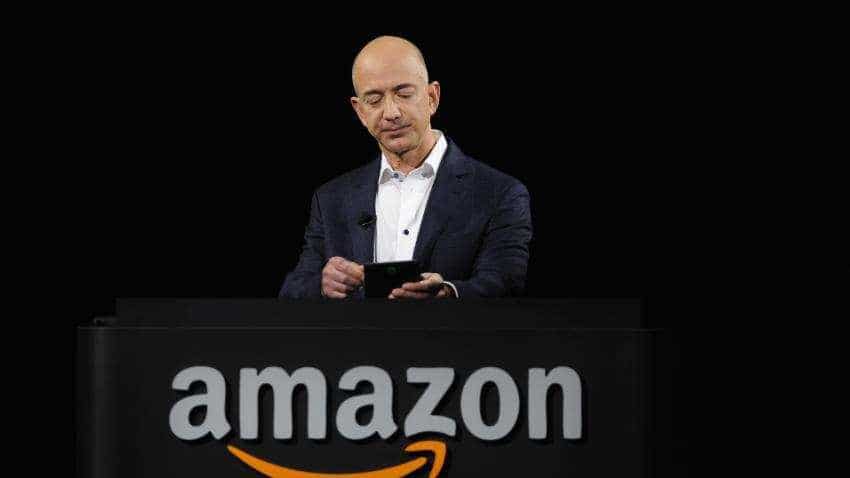 Both Biyani and Amazon spokespersons have refused to comment on any speculation. Photo: Reuters
Written By: ZeeBiz WebTeam
RELATED NEWS

Amazon plans to hire 8,000 direct workforce in India this year

A few months ago, the entire e-commerce sector witnessed something very astonishing. A deal was struck between Flipkart and Walmart, where the largest offline US-based retail channel acquired 77% of India’s largest e-commerce company. Something that was a blow to another largest-online service provider Amazon. E-commerce space is like a Game of Thrones in India! It was believed that Jeff Bezos’ company had almost persuaded Flipkart to sell out to him with a similar offer but was turned down by the then founders Sachin Bansal and Binny Bansal. But now a new deal is seen being struck in India once again in the ecommerce space. What Flipkart could not give to Amazon, looks like the US-based online retail company has found a new way to strengthen its position.

The deal Amazon is planning will be a shock for both Flipkart and Walmart as it is targetting turning into the largest shopping portal here.

Just like offline channel Walmart knocked the door of e-retailer Flipkart, similarly, online major Amazon is in talks to join hands with India’s largest offline channel Future Retail. It is believed that Bezos and Future Group’s founder Kishore Biyani are negotiating an agreement.

According to Economic Times, Biyani and Amazon are close to finalising the first leg of their agreement wherein the Seattle-headquartered retailer will buy up to 9.5% stake in FRL through the foreign portfolio investor (FPI) route. That announcement got delayed and is now expected in December.

However, both Biyani and Amazon spokespersons have refused to comment on any speculation.

An official told ET, Amazon is betting that with gradual FDI relaxation in food processing and single-brand retail over time, the current freeze will be removed. Further adding the official said, “Meanwhile, a clear realignment involving global players is happening in Indian retail and Biyani too would want to capitalise on that.”

Last year, Amazon has bought about 5% stake in Shoppers Stop.

Bezos who is the world’s richest man, has always had an eye for India whose ecommerce sector is at still nascent, but the volumes are huge and the booming stage is expected to rise soon when ecommerce players actually start turning losses into profits. The fierce competition from between Flipkart and Amazon will keep profits in abeyance for some time at least.

Walmart has acquired India’s biggest e-retailer Flipkart for a behemoth $16 billion, making it the world’s largest e-commerce deal. Walmart acquired 77% stake in Bengaluru-based online shopping portal at  a valuation of around $21 billion. This was India’s largest FDI deal, and not only that, it was also the world’s largest ecommerce agreement. Since then, Walmart has reportedly, increased its stake quietly to over 80 per cent, according to reports.

Amazon had to think out of the box, if it wants to regain the top spot in India. Future Retail can do so the favor for Bezos.

Meanwhile, Bezos riding on the back of Amazon stands at $131 billion wealth, as per the Bloomberg Billionaire Index. On the other hand, Kishore Biyani and his family stands with wealth of $2.4 billion as on October 2018, as per Forbes.

Amazon plans to hire 8,000 direct workforce in India this year