While we were bombarded with bad news from several quarters, there were some tech stories that stood out and made many smile. 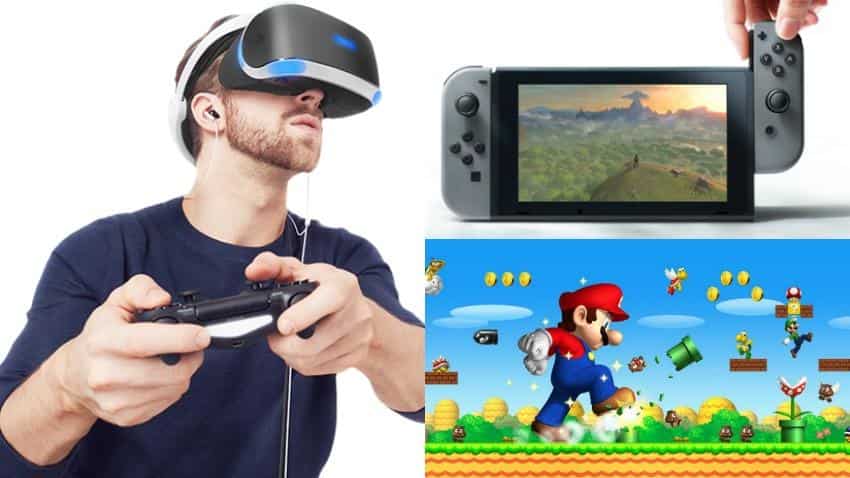 While 2016 was a bad year for many with Brexit hitting the UK, Donald Trump winning the US elections and closer to home the demonetisation drive that his everyone in some way or the other. Even in the gadgets too we had Samsung Galaxy Note 7's batteries exploding and if you were that a lucky user whose phone didn't blast then you were not allowed to get on a flight with it. Many were even disappointed with the latest iPhone and Apple's AirPods.

However, there were many gadgets and games that were really good and to an extent got everyone excited. We take a look at so seven tech news stories that got us excited during the year.

1. Super Mario Run: For all those who grew up playing this game in 2D and in which every pixel can be clearly seen, the come back of Mario would have definitely got you pumped up. Despite it coming at the end of the year when Nintendo decided to launch Super Mario Run, with all the things going wrong in 2016 this could be a way to get things off your mind.

While the game is currently available on Apple iOS devices, Nintendo has however announced that it will be out with an Android version soon. Thought Super Mario Run is true to the original version, it now has more tougher levels and much improved graphics. A reason why it has become hit the popularity charts in a short time.

2. Nokia's comeback: Anyone who owned a Nokia phone earlier would be really excited about the return of this company in the smartphone category. Nokia recently announced that it planned to re-enter the smartphone business in 2017. After it's acquisition with Microsoft went wrong and its smartphones failed, it is back and now has tied up with Foxconn and HMD Global to manufacture it smartphones.

The first smartphone of Nokia after its come back is rumoured to be the D1C that runs on Android 7 Nougat with a Snapdragon 430 processor, and offers a 1080p display and 3 GB of RAM.

3. Blackberry's exit from smartphones: The once popular Blackberry smartphone has slowly lost out to the Android-based smartphone ecosystem. The company in September announced that it will now outsource the development and design its smartphones. The company will now work on its software and managing rival devices. It will take royalty on devices sold by its partners.

The company's shares rose about 4% as investors welcomed a further shift away the money-losing handset business, where BlackBerry went from being a market leader to trailing far behind rivals like Apple Inc.

4. Nintendo Switch: Like the Nokia's smartphones, the Nintendo Switch is gaming console is something that everyone is looking forward to at the start of the year. The new gaming console is expected to be one of the most powerful consoles, more powerful than the Wii U say some reports. The best part of the console is the level of graphics of the games that will be introduced for it. While it is slated for launch by March 2017, more information will be revealed at the press conference for its launch on January 13.

5. Playstation VR: Virtual reality (VR) games are finally here and people can now taking gaming to the next level by literally immersing themselves in a game. Sony launched the Playstation VR in October this year and is designed to be fully functional with Playstation 4. It comes with the headset and the two motion sensor controllers. While Sony has not entered the VR space till now, the move was much welcomed being one of the best gaming console creators. There are also several games which are the gaming platform. It is currently available on the Rs 40,000 price point.

Apart from this, it will save several hours for people as they could get work done on the go.

7. Pokemon GO: While its popularity fizzled within a short time, we could not ignore the immense popularity of this game in 2016. The game became a craze and for at least a month people were hooked into playing the game. People could be seen aimlessly walking around the streets in the middle of the night searching for Pokemon. From celebrities to even politicians in some countries were seen playing the game. There were even stories of people running into accidents due to this game.