The overall tablet market saw a 11 per cent decline in the first quarter compared to the fourth quarter last year. 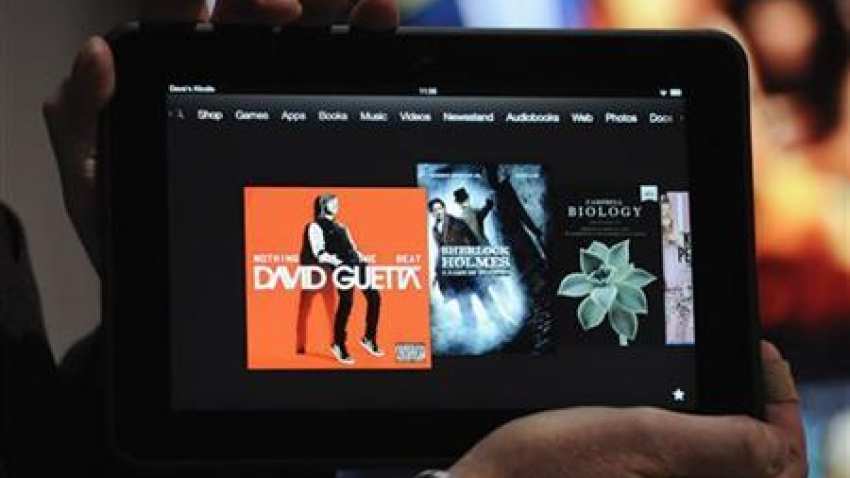 Smartphones, as well as the ultrabooks are also eating up the tablet market. Photo: Reuters

The shipment of 4G tablets grew 62 per cent in India in the first quarter of 2019 which was led by Lenovo, a new report said on Wednesday. According to CyberMedia Research`s (CMR) "Tablet PC Market Report Review for 1Q CY2019", there was a 28 per cent sequential increase in tablet shipments in the Rs 10,000-Rs 20,000 price segment. Lenovo with 26 per cent led the market, followed by Samsung at 17 per cent and iBall also at 17 per cent. Apple was fourth with 9 per cent market share.

"Lenovo covers 90 per cent market in 4G tablet. In the coming quarters, the market share for Samsung is potentially going to decline as there are no new launches of tablets slated from their end," said Menka Kumari, an analyst with IIG-CMR. The overall tablet market saw a 11 per cent decline in the first quarter compared to the fourth quarter last year. "The onset of foldable smartphones is lso likely to potentially challenge the future of tablet market. While Samsung faced some initial hiccups with its Galaxy Fold, there are others such as Huawei and Motorola waiting in the wings with their foldable innovations," added Kumari.

Smartphones, as well as the ultrabooks are also eating up the tablet market. "Tablets fits somewhere inbetween the ultrabooks and smartphones. While increased size of screen and affordability of smartphone are primarily the main reasons behind the decline of tablet market, Ultrabooks with better processors and RAM, are also posing stiff competition to tablets,` said Kanika Jain, manager, New Initiatives, CMR.

Due to its shrinking Tablet business, DataWind has recently closed down its two manufacturing facilities in India. The trend in the first quarter is expected to continue with a combination of new trends and opportunities such as shift from 3G to 4G. "In the coming quarters, tablet market will increase because of launch of new models by Lenovo in tablets. 4G tablets have already captured the majority of the market while 2G have seen continuous decline in India," said Kumari.

UP govt to distribute free smartphones, tablets to one crore final year students