As the smartphone industry has seen a huge boom after the launch of Xiaomi smartphones, all other competitors are also set to come up with their best launches. 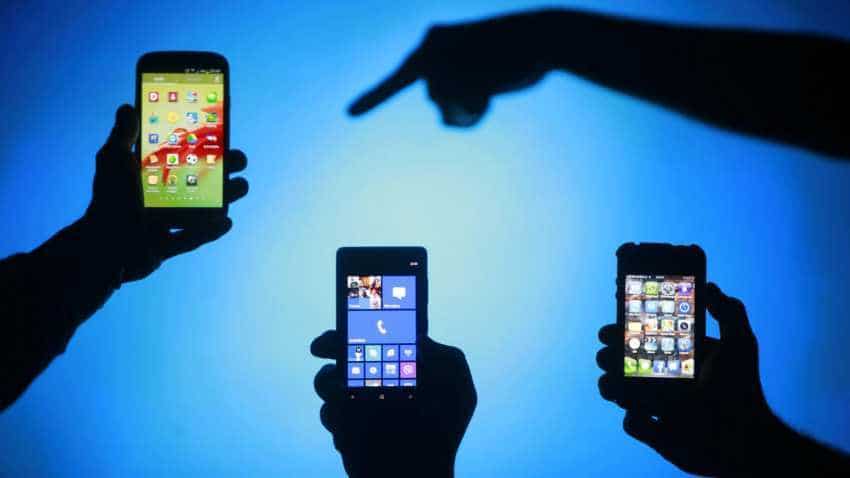 April is going to be exciting with some of the top smartphones making their way to the country, Photo: Reuters

The smartphone market is being flooded with premium smartphones and mid-range phones because of high demand. We have some big launches in the pipeline for the next month. April is going to be exciting with some of the top smartphones making their way to the country. As the smartphone industry has seen a huge boom after the launch of Xiaomi smartphones, all other competitors are also set to come up with their best launches. According to Trak.in, brands right from Realme, Xiaomi, Huawei to Samsung, Nokia, Oppo will be cracking the market with their new launches in the coming month.

Here is the list of smartphones that will be launching in the month of April 2019:

In a bid to compete with Redmi note 7 Pro, Realme also claimed that Realme 3 Pro is going to be better than Redmi Note 7 Pro, and urged fans to wait for the best. The company has also confirmed that the launch of the Realme 2 Pro successor at the Realme 3 launch in early March. The smartphone is expected to have Snapdragon 675 processor and 48MP Sony IMX 586 sensor.

Xiaomi recently unveiled its seventh generation Redmi smartphone in China. Backed by a decent set of specifications and features, the smartphone has been priced very aggressively. The phone has a 6.3-inch HD+ display with a dot notch, Redmi 7 runs on Snapdragon 632 and a 4,000mAh battery. The smartphone has MIUI 10 based on Android Pie with a dual camera set up at the back.  Though the company has not yet commented on the India launch, Redmi 7 India launch is expected to happen by end of April or early May starting at around Rs 7,000.

Recently Huawei unveiled it’s two much-hyped smartphones Huawei P30 and Huawei P30 Pro and both are expected to debut in the country by the end of April or May. These smartphones were launched in Paris, France. Huawei P30 runs on a 7nm HiSilicon Kirin 980 octa-core processor with an in-display fingerprint scanner on an AMOLED display. The smartphone is packed in three cameras powered by Leica with 5X hybrid zoom backed by 40W fast charging it will be exclusively available via Amazon in India.

Coming to the second and pro variant of Huawei P30, the smartphone sports a Leica quad camera set up on the rear with 10X Hybrid Zoom. It has achieved the highest ever score on DxOMark. It can capture low light shots with AIS and maximum ISO rating of 409,600 on P30 Pro. The smartphone comes with 40W wired fast charging and 15W Qi wireless fast charging input. It will be available in India via Amazon India.

Samsung has a number of smartphones lined up in the month of April. The new Galaxy A90 will be unveiling on April 10. The Galaxy A90 is going to be a high-end smartphone with a bezel-less display and a pop-up selfie camera. The phone is expected to be powered by Exynos 9710 octa-core chipset. It has been built on an 8nm FinFET node process. The Exynos 9820 SoC from Galaxy S10 uses the same 8nm FinFET node. The Exynos 9710 will be succeeding the popular 10nm Exynos 9610 mid-range chip.

On April 10, OPPO will unveil a new smartphone series called as Reno. It is being speculated that the smartphone will come with much-hyped 10X lossless zoom technology. Oppo Reno has been leaked in two variants with Qualcomm Snapdragon 855 and Snapdragon 710 chipsets respectively. The periscope styled 10X lossless zoom camera is going to be a proprietary feature in the upcoming OPPO Reno smartphones. As per the rumours, the 10x zoom camera technology may be limited to the high-end variant with Snapdragon 855 SoC only, and SD 710 may only have 5X hybrid zoom.

It is being rumoured that Xiaomi will soon launch the Mi A2 successor in the country, the next Xiaomi Android One smartphone. Mi 9X is expected to be remodelled as Mi A3 in the country. It is expected to come with an in-display fingerprint scanner and triple rear cameras. It’s going to run on Snapdragon 675 chip with the 48MP Sony IMX 586 sensor. It will obviously be an Android One smartphone running on Android Pie. It is expected that Mi A4 will have a 32MP selfie camera on the front, with a dot notch on front. The smartphone may come with the price tag of around Rs 16,000 to Rs 18,000 in India.

Redmi Y3 may come as a remodelled as Redmi 7 Pro or any other Pro version in the country. Recently the third generation Redmi Y3 was spotted with the model number of M1810F6G and a codename “onc_global”. Redmi Y2 which runs on a Snapdragon 625 chipset and Qualcomm Snapdragon 632 which is expected to be similar powering the Redmi Y3. Redmi Y3 is going to be priced under Rs 10,000 in India. The company has not yet officially commented on Redmi Y3, but the launch is expected to happen soon.

Samsung will soon be launching another series in Galaxy A, which is expected to be Galaxy A40. The smartphone will be officially unveiled on April 10 at an event in Bangkok, Milan, and São Paulo. The Galaxy A40 smartphone will be priced at around Rs 19,500 for the base model. Samsung Galaxy A40 will come with a 5.9-inch full HD+ AMOLED Infinity-U display, with dual rear camera setup and a combination of 16-megapixel and 5-megapixel sensors. Galaxy A40 will be powered by Samsung’s own in-house Exynos 7885 SoC with 4GB RAM and 64GB of internal storage running on Android 9.0 Pie.