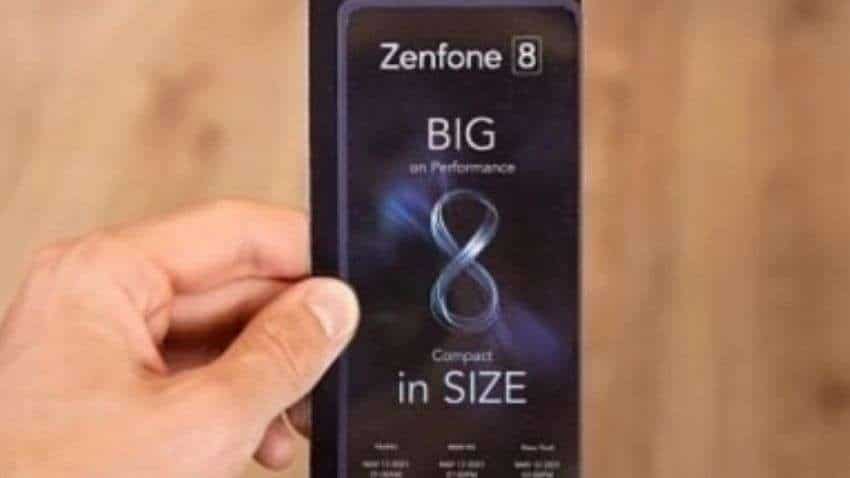 The tweet didn't reveal the exact date the device will be launched but it revealed that it is coming soon
Written By: ZeeBiz WebTeam
Edited By: Prashant Singh
RELATED NEWS

The company has not talked about the India launch until now but Asus India's head did disclose that the smartphone will be released in the country. The delay is likely due to the Covid-19 pandemic that gripped India around the period it was launched in Europe, the IANS report said.

Considering the court order issued over a trademark dispute about the use of the 'Zen' or 'ZenFone' moniker, the Zenfone 8 will be launched in India as ASUS 8Z. The device was spotted on Google's website under the ASUS 8Z moniker.

The Zenfone 8 features a 5.92-inch AMOLED screen with a punch hole at the top left corner and FHD+ resolution. The display has a 120Hz refresh rate, a Pixelworks chip, HDR10+ and is protected by Corning's Gorilla Glass Victus. Powering the device is a Snapdragon 888 processor paired with LPDDR5 RAM and UFS 3.1 storage.

The smartphone sports a dual-camera setup at the rear of which the main camera is a 64MP Sony IMX686 sensor teaming up with a 12MP ultrawide angle camera that can also shoot macro pictures. For selfies, there is a 12MP Sony IMX363 camera.
The Zenfone 8 packs a 4000mAh battery with support for 30W fast charging.