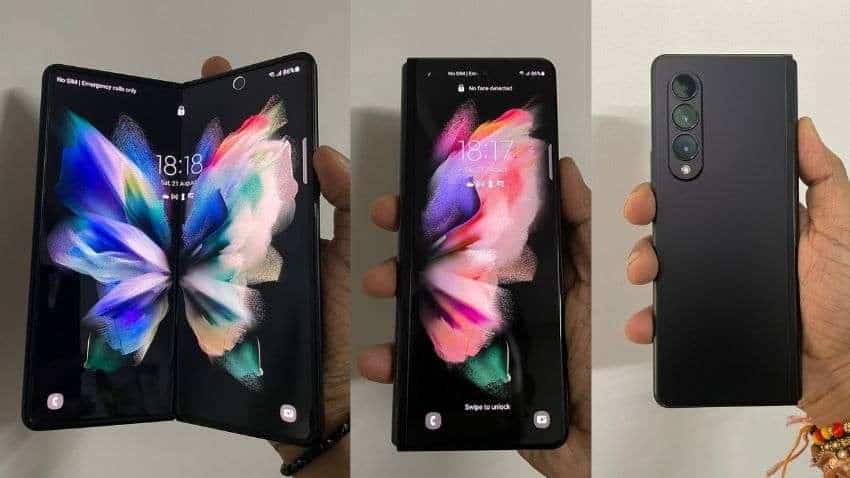 Samsung Galaxy Z Fold 3 quick review: The South Korean smartphone brand Samsung has undoubtedly mastered the flexible display technology and created the best portable mobile phones with the big screen which also gives you a tablet-like feel. The first foldable smartphone from Samsung was launched in 2019 and in the last 3 years, this South Korean Smartphone brand has committed to bringing the best folding smartphones in the market for customers around the globe.

Now, the company recently launched the most-awaited smartphones of the 2021 - Samsung Galaxy Z Fold 3 5G, Samsung Galaxy Z Flip 3 5G with improvements that address nearly all of its predecessor’s faults, while also adding new features that make it an even better and true hybrid. On the other side, other smartphone manufacturers like Motorola and Huawei have launched their versions of the foldable smartphones too, but it seems like they are not in the mood to launch new and improved foldable devices like Samsung. 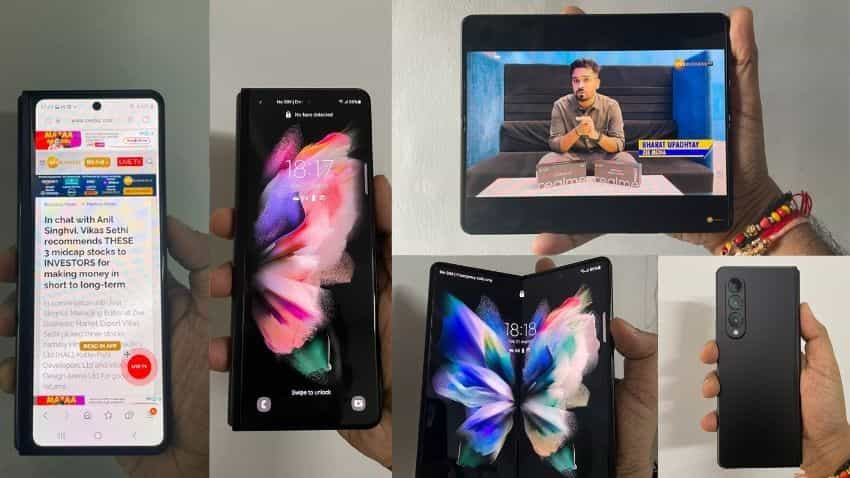 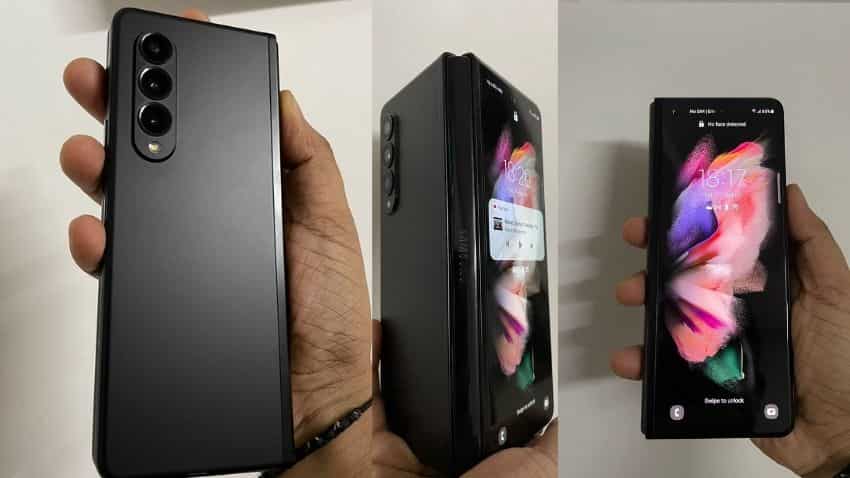 Most importantly, folding and unfolding the device was smoother and easier than the Galaxy Z Fold 2. It measures 6.2 x 2.6 x 0.56 to 0.62 inches when closed and 6.2 x 5 x 0.25 when open. The Phantom Black color looks premium and beautiful. Thanks to t the matte finish, the Samsung Galaxy Z Fold 3 does not attract a lot of fingerprints. With an all-glass build, the device offers an Armour aluminium frame and it also has a layer of Corning Gorilla Glass Victus - the strongest protection layer for a phone in the market. You can easily fold the Samsung Galaxy Z Fold 3, hold it in hand for long hours and you can keep it in the shit pocket without any discomfort. Overall, the looks of this foldable smartphone are premium and appealing. It will attract buyers' attention. 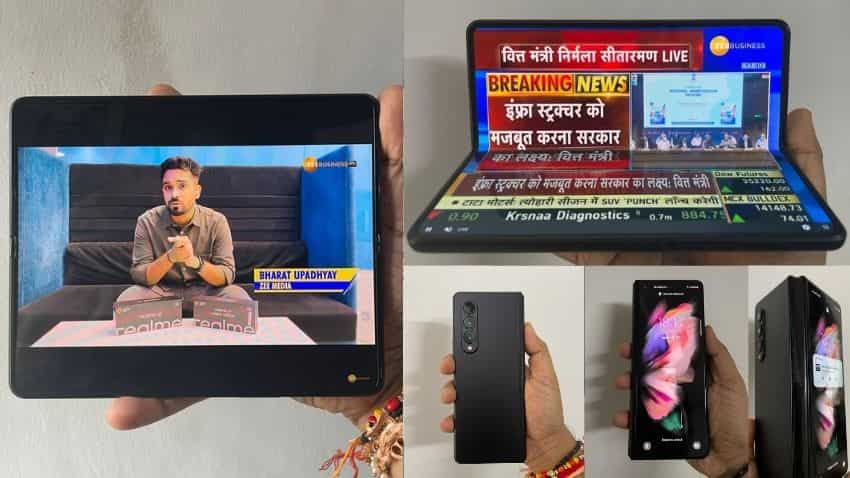 The company managed to hide it with the help of their under-display camera technology. As for the quality of the camera, the secondary selfie camera is not as good as the hole-punch camera placed on the cover display. Also, when folded, the smartphone enhances your viewing as well as a gaming experience. Plus, the faster screen refresh rate ensures a smoother transition between tabs and the quick loading of apps. You will experience even smoother scrolling on both the Main and Cover Screens. 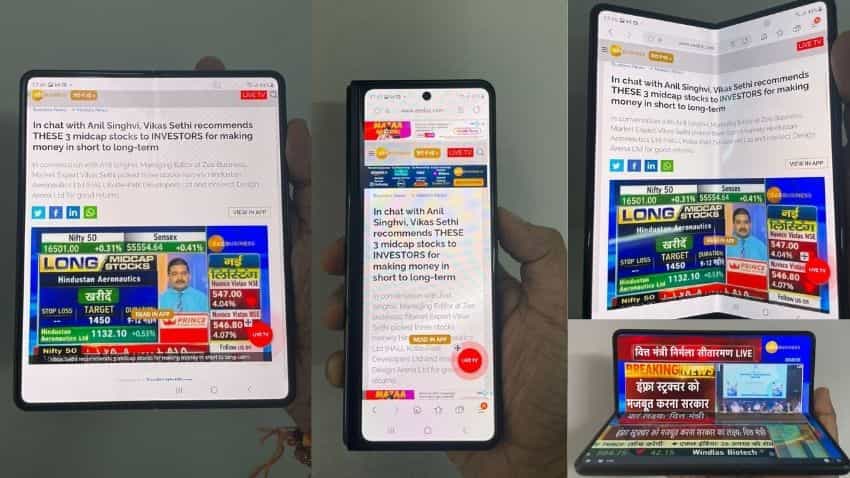 With the larger screen, you will be able to find a better frame and focus on the subject. The triple rear cameras of the Samsung Galaxy Z Fold 3 did manage to capture beautiful and sharp pictures in various light conditions. Selfies clicked from Samsung Galaxy Z Fold 3 were sharp and colorful when we compare it with other smartphones. While taking pictures and recording videos, I didn't face any issues. Overall, the device did produce nice and clear images under direct sunlight, bright light as well as low light conditions. 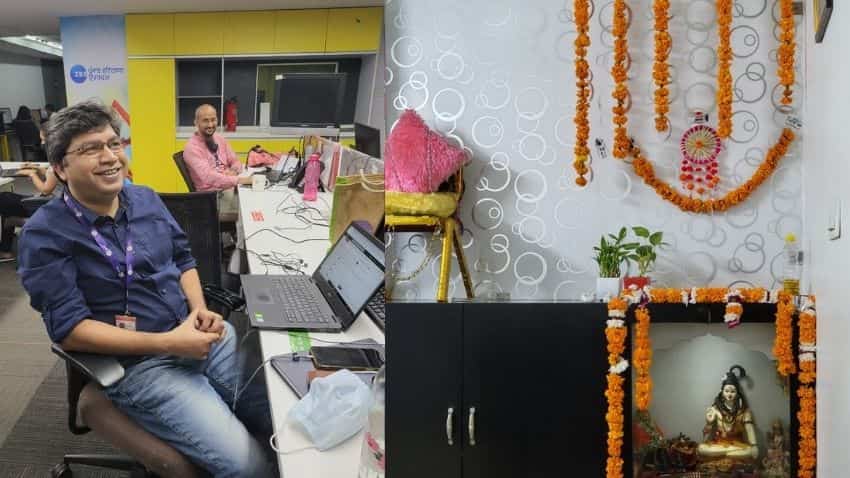 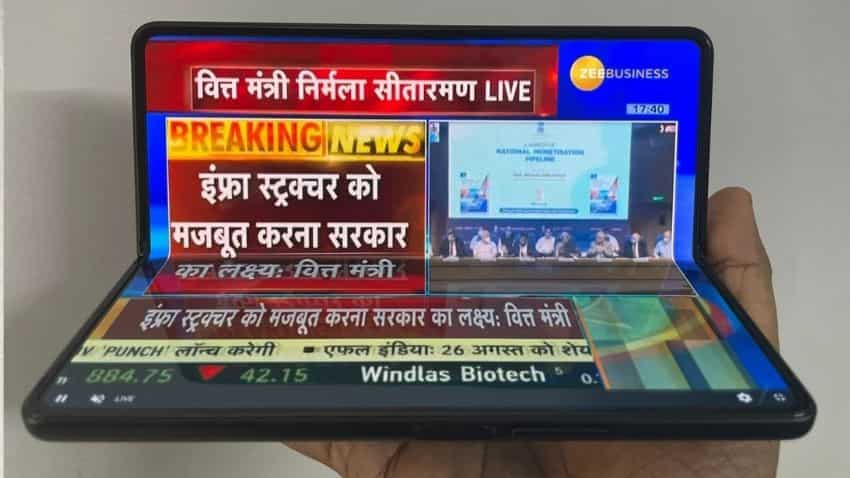 The Samsung Galaxy Z Fold 3 is powered by a 4,400mAh dual-cell battery that supports both wireless and wired charging and enables reverse wireless charging. The battery also has 25W fast charging support through compatible chargers.

The device also comes with support for wireless charging and reverse wireless charging. On less than normal usage, the device lasted for more than a day on a full charge. While watching videos on YouTube, movies, web series on OTT platforms on the Galaxy Z Fold 3 5Gduring the review period, we did not face any heating issues however, on heavy usage, the battery life is average as it drained quickly during heavy gaming sessions. 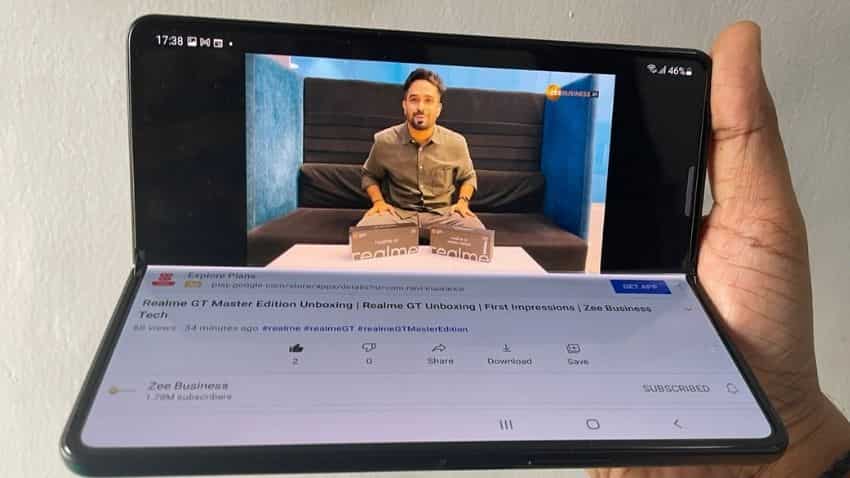 Samsung Galaxy Z Fold 3 enables easy multi-tasking. The device is a perfect blend of luxury with productivity and multitasking. Priced at Rs 1,49,999, and Galaxy Z Fold 3 is the best premium foldable smartphone in the market. When you use this phone in a crowded place or in a party, all eyes will be on you! With the great camera performance, beautiful design and looks, the Samsung Galaxy Z Fold 3 can be the best choice in the premium segment.