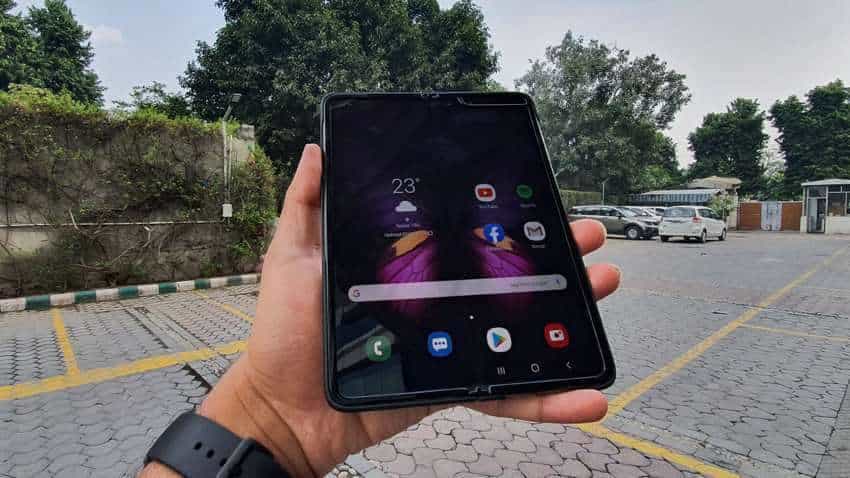 Samsung is expected to launch the Galaxy Z Flip 3, the Z Fold 3, and the Galaxy Watch 4 on 27 August.
Written By: ZeeBiz WebTeam
Edited By: Prashant Singh
RELATED NEWS

In goods news for Samsung fans around the world, the South Korean tech giant is likely to unveil its new foldable smartphone in August. Samsung is expected to launch the Galaxy Z Flip 3, the Z Fold 3, and the Galaxy Watch 4 on 27 August.

Samsung expected to hold its Galaxy Unpacked online event in early August to introduce the Galaxy Z Fold 3 and the Galaxy Z Flip 3 before officially launching those products later that month, the IANS reported. Foreign tech reviewers have predicted that the event may take place on August 3, but the sources said it is expected to be held later than that date.

At the event, Samsung, the world's largest smartphone vendor, is also likely to unveil the Galaxy Watch 4 smartwatch and the Galaxy Buds 2 wireless earbuds. However, the sources said the Galaxy S21 FE smartphone will not be introduced at the event, reports Yonhap news agency.

The Galaxy S21 FE is the budget edition of the Galaxy S21 flagship smartphone released in January. The product is expected to be launched in September or October as Samsung apparently wants to focus on promoting foldable devices in the summer, according to the sources.

Nothing has been confirmed about Samsung's upcoming foldable smartphones, but tech reviewers predicted that the Galaxy Z Fold3 will feature an under-display camera and support the S-Pen stylus. Its next clamshell foldable Galaxy Z Flip3 is expected to have a bigger outer display, the report said.

Both foldable products are expected to have a lighter weight with a cheaper price than their predecessors. The Galaxy Watch4 smartwatch is expected to be powered by Google's Wear OS. Samsung previously announced it will develop a unified smartwatch platform with Google. The Galaxy Buds 2 is predicted to be budget wireless earbuds without an active noise control option.