The Samsung Galaxy Unpacked 2 event will be held online and will start at 10 am (7.30 pm IST). 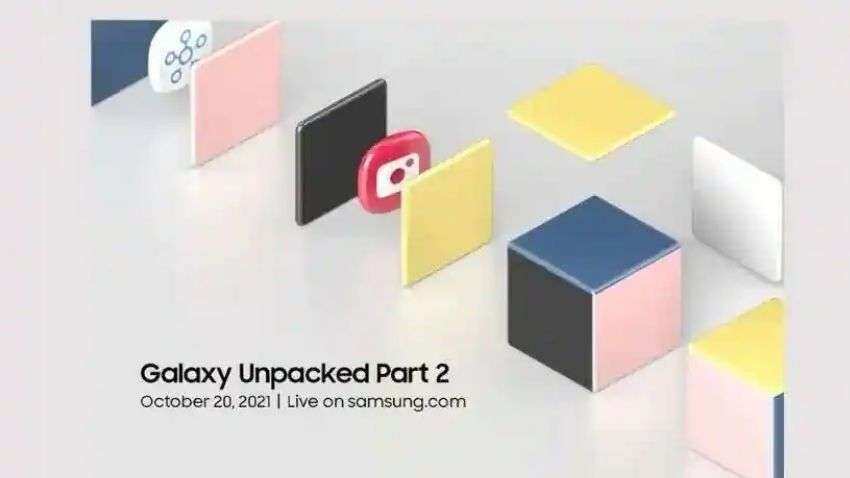 The Samsung Galaxy Unpacked 2 event will be held online and will start at 10 am (7.30 pm IST).

Samsung Galaxy Unpacked Event: The wait is almost over! the South Korean smartphone brand Samsung is all set to announce new products during its Galaxy Unpacked Part 2 event today, which will be streamed online. While the company didn’t reveal the major details, it has mentioned that it is “opening up new experiences for self-expression through technology.”

The Samsung Galaxy Unpacked 2 event will be held online and will start at 10 am (7.30 pm IST). The event can be seen on the company's official youtube page and Facebook page. The company will also live to stream the event on its websites – Samsung.com and Samsung Newsroom. We have also embedded the link below:

According to the agency reports, the Galaxy S21 FE, an affordable version of the Samsung Galaxy S21 flagship phone, can be launched in Samsung Unpacked Event 2. The phone will offer a 6.5-inch Infinity-O display, Qualcomm Snapdragon 888 chipset, 12MP primary camera, an 8MP camera.

The phone will come with 128GB RAM and 256GB storage. A 32MP camera can be given in Samsung Galaxy S21 FE for selfies. The Galaxy S21 FE smartphone will work on Android 11 based One UI 3. 4 in the Samsung smartphone.

Alongside the smartphone, the company is also expected to launch the Galaxy Tab S8. Along with this, the launch of some software and new apps can be done and a new color variant of the foldable smartphone can be launched in the upcoming Galaxy Unpacked Event 2.

Galaxy Z Fold 3 5G 256GB will be available in Phantom Silver and Galaxy Z Flip 3 5G 128GB in Lavender. Phantom Silver has emerged as a popular colour among Galaxy flagship customers and Lavender is a trendy new colour for all Galaxy lovers.