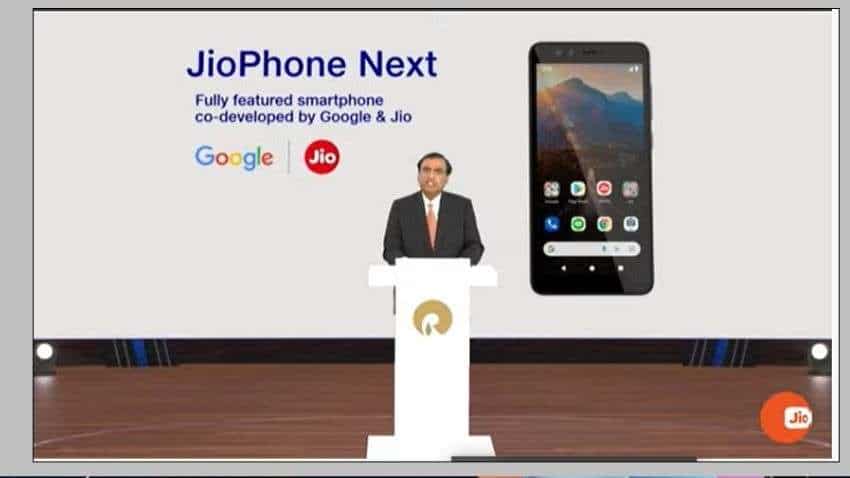 "JIOPHONE NEXT is powered by an optimized version of Android OS jointly developed by Jio and the tech giant Google. It is ultra-affordable and packs cutting-edge features. It will be available in the market from Ganesh Chaturthi, 10th September," Mukesh Ambani said during the live virtual event.

During the event, Mukesh Ambani also said: "JioFiber has acquired over 2 million new premises over the past year. With a cumulative base of 3 million active home and business users, JioFiber has become the largest and the fastest-growing fixed broadband operator in India."

"Jio is uniquely positioned to quickly and seamlessly upgrade to 5G. To develop 5G ecosystem, we are working with global partners to develop a range of 5G devices. Jio is not just working to make India 2G-mukt, but also 5G-yukt," he further added.

"We are launching our new energy business with aim of bridging the green energy divide in India, globally," Mukesh Ambani said during the event.