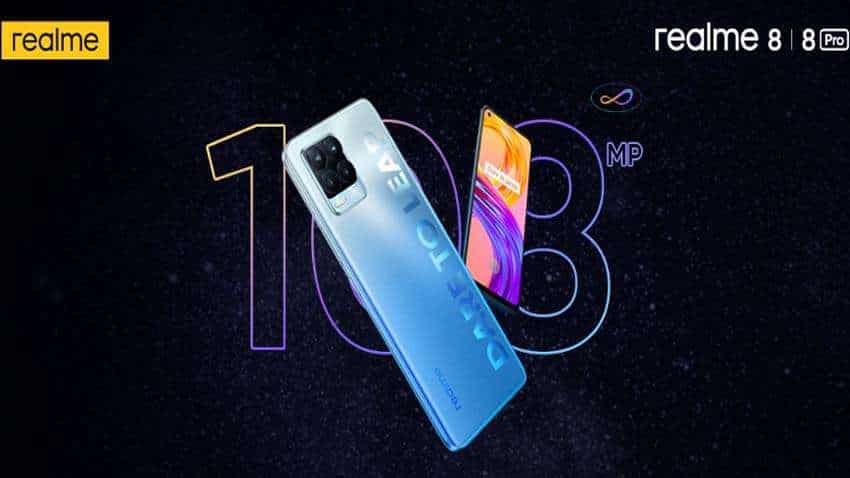 The Realme 8 series will be launched during a virtual event on Wednesday (March 24). Source: Realme/Twitter
Written By: Bharat Upadhyay
Edited By: Harish Dugh
RELATED NEWS

According to the reports, Realme 8 series smartphones will have sharper photo quality, world's first tilt-shift time-lapse video, starry time-lapse video, and new portrait filters. In Realme 8 Pro's camera, 3x mode activates a new 'In-sensor Zoom' which will only use the 12MP sensor mapped with the zoomed part to generate an image.

Here's how you can watch the Realme 8 series launch LIVE:

The Realme 8 series will be launched during a virtual event on Wednesday (March 24). The live event will start at 7:30 PM.  The company will livestream the event through official platforms like YouTube, Twitter and Facebook. Realme has also shared the Live Streaming Link: https://youtu.be/DRhFeLcyIcA. Interested viewers can also watch live event here.

As per the reports and leaks, The Realme 8 may cost around Rs 15,000- 17,000 and Realme 8 Pro will start at Rs 22,000-25,000. However, please note that above-mentioned pricing may not be accurate. Hence, readers are recommended to follow the official Realme social media handles.

The company has confirmed the Realme 8 Pro with a 108-megapixel quad-camera system and 50W fast charging support. It has been revealed that the Realme 8 will feature a 64-megapixel quad-camera system and a Super AMOLED display. The phones will sport a corner punch-hole camera, a square-shaped rear camera module, and the ‘Dare to Leap’ branding at the back.