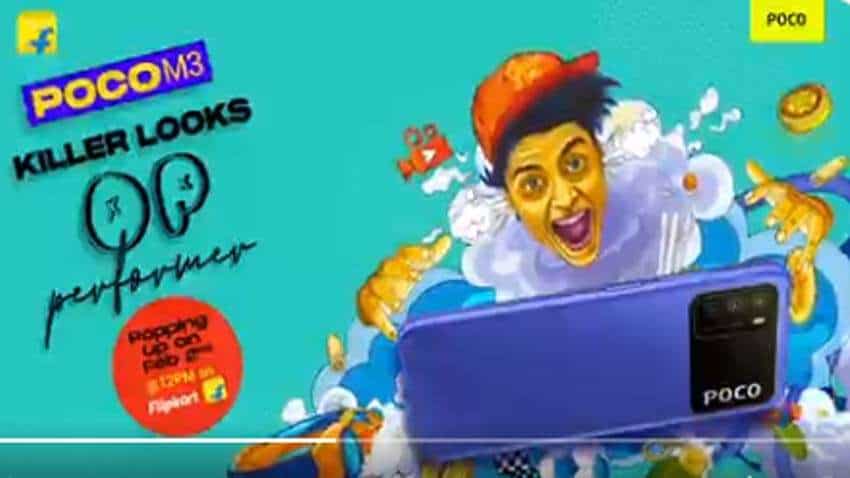 Last week, the smartphone was launched in the Indonesian market and now the company will release the device in India too. Poco recently posted a video teaser that confirmed the smartphone will launch in February.

The smartphone will be launched on February 2 via a virtual event, which is scheduled to take place at 12 pm IST.  In a media invite, Poco India said: "We would like to invite you to join us via Livestream on 2nd February 2021, Tuesday at 12 noon for the launch of the new POCO M3."

Those who are interested in watching the launch live they can visit Poco India's official YouTube channel. They can also watch the Poco M3 launch live in India via Poco’s social media platforms such as Facebook and Twitter.

The device has also been teased on the e-commerce giant Flipkart. This hints that Poco M3 will be sold through Flipkart after the launch.

The Poco M3 might powered by Qualcomm Snapdragon 662 SoC. This device likely to feature triple rear camera module consisting of a 48MP primary lens, a 2MP macro lens and a 2MP depth sensor. Upfront, there could be an 8MP selfie snapper.

The smartphone is likely to be packed by a 6,000mAh battery with 18W charging support and might run on Android 10 based MIUI 12 operating system.