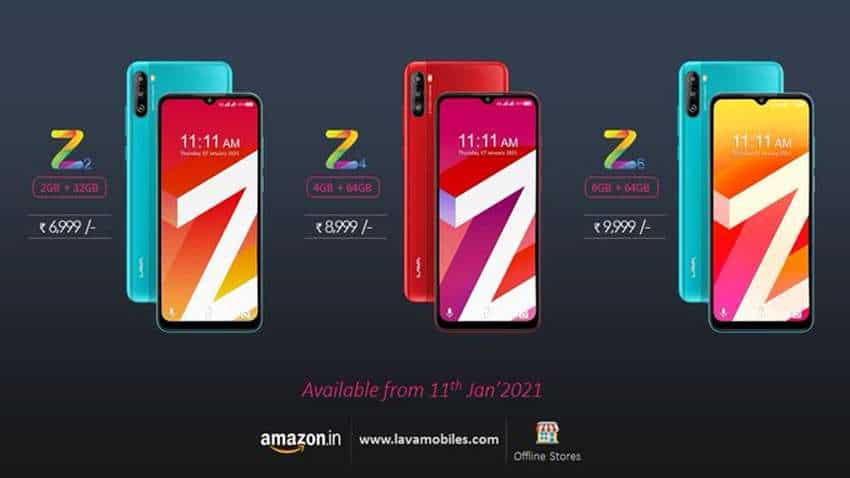 Everyone nowadays using smartphones in the fast-paced world to survive, especially during the Covid-19, where many of us are still working from home amid the pandemic.
Reported By: ZeeBiz WebTeam
Written By: ZeeBiz WebTeam
Edited By: Prashant Singh
RELATED NEWS

Everyone nowadays using smartphones in the fast-paced world to survive, especially during the Covid-19, where many of us are still working from home amid the pandemic. However, the problems people often face when they go to the market to buy any phone is there are so many options.

And smartphones in India are available for as low as Rs 5,000 and for as high as Rs 1,20,000. The high-priced smartphones offer a lot more features, but not everyone can afford it. If you are one of those who wants to buy a budget smartphone with multiple features and looking to spend less money on it, read on.

Here's a look at the best Smartphones in India under Rs 10,000 in India

The smartphone is powered by the Qualcomm Snapdragon 439 Mobile Platform and comes with the latest FunTouch OS 11 based on the latest Android 10. The Vivo Y12s is equipped with a dual rear rectangular camera setup of 13MP with an f/2.2 aperture and 2MP with an f/2.4 aperture. On the front of the device, there is an 8MP camera sensor for selfies and video chats.

This smartphone has a triple-camera layout with a 13MP main lens, a 2MP monochrome(B/W sensor), and a 2MP macro sensor. On the front, there is a waterdrop-style notch on the screen that houses a 5MP selfie camera. Based on Android 10 and ColorOS 7, the realme UI is well-built for an enhanced and closer to stock Android experience.

Lava Z1 comes with a 5MP rear camera and a 5MP front-facing camera with dual-LED flash. Lave Z2 has a dual-camera setup of 13MP primary lens and a 2MP depth sensor. There is an 8MP camera on the front. Also, the Lava Z4 and Z6 sport triple camera setup with 13MP rear camera with f/1.85 aperture, LED flash, 5MP ultra-wide camera and 2MP depth sensor. For the front, Lava Z4 and Z6 have 16MP front camera with f/2.0 aperture, LED flash.

The Xiaomi Redmi 9i is powered by octa-core MediaTek Helio G25 chipset clocked at 2.0 GHz coupled with 4GB RAM and upto 128GB internal storage. It also has a dedicated microSD card slot allowing expansion up to 512GB. It houses a 5000mAh battery. It comes with a 13MP AI camera on the rear with features such as AI Portrait mode, AI scene detection, document scanner and kaleidoscope. There is also a 5MP AI selfie camera with AI portrait mode.