Oppo Reno 6 series: In a major development, the Chinese tech giant Oppo, which is reportedly working on the launch of the Reno 6 series, might introduce its Oppo Reno 6 Pro variant with the latest MediaTek Dimensity 1200 chipset. 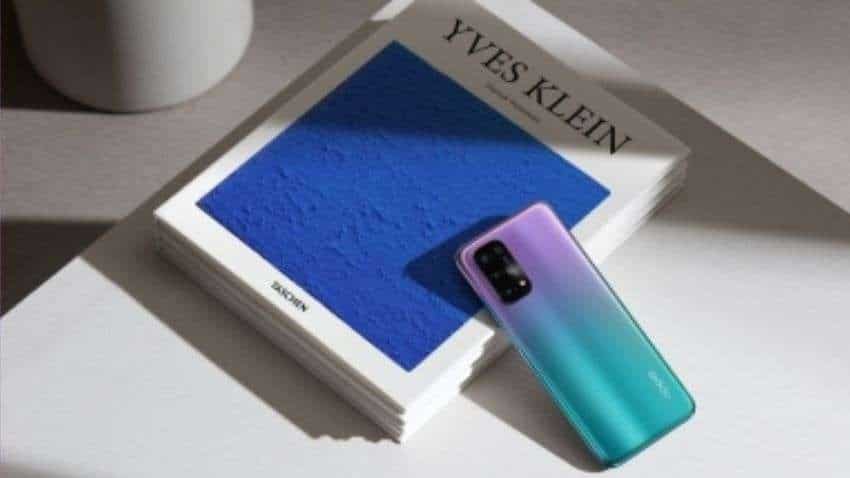 Oppo Reno 6 series: In a major development, the Chinese tech giant Oppo, which is reportedly working on the launch of the Reno 6 series, might introduce its Oppo Reno 6 Pro variant with the latest MediaTek Dimensity 1200 chipset.

According to GizmoChina, it is speculated that Oppo phones with model numbers such as PEQM00, PEPM00 and PENM00 are likely to release in China with monikers like Reno6, Reno6 Pro and Reno6 Pro+. Fresh findings suggest that the vanilla model may feature the all-new Dimensity 900, while the Pro model may come with Dimensity 1200, the IANS news agency reported.

As per the report,  this 6nm chipset will be powering the Reno6 handset. It is believed that the Dimensity 900 is likely to offer better performance than the Snapdragon 768G. However, Reno6 Pro Plus is speculated to feature the Snapdragon 870 chipset.

While previous reports have claimed that the Reno6 series launch event will be held on May 22, this source claims that it will be announced on May 27.A recent report said that the OPPO Reno6 Pro is likely to feature a 6.55-inch OLED with a 32 MP camera, while the main shooter will be 64 MP.

The smartphone might house a 4,500 mAh battery wry with 65W fast charging. In March, the Chinese smartphone maker had launched Oppo Reno 5 F with a quad-camera setup and MediaTek chipset. The Oppo Reno 5 F is equipped with a 6.43-inch FHD+ 60Hz AMOLED display with a 135Hz touch sampling rate and will be boosted up to 180Hz sampling during the Game mode.

Meanwhile, to attract budget smartphone lovers in the 5G segment in India, the Chinese tech giant Oppo has unveiled a new smartphone Oppo A53s 5G in the country that comes in two storage variants.