The smartphone brand Oppo is preparing to launch its most awaited flagship Reno Series smartphones - Oppo Reno 6 Pro 5G and the Oppo Reno 6 5G on July 14, 2021, during the live virtual event. 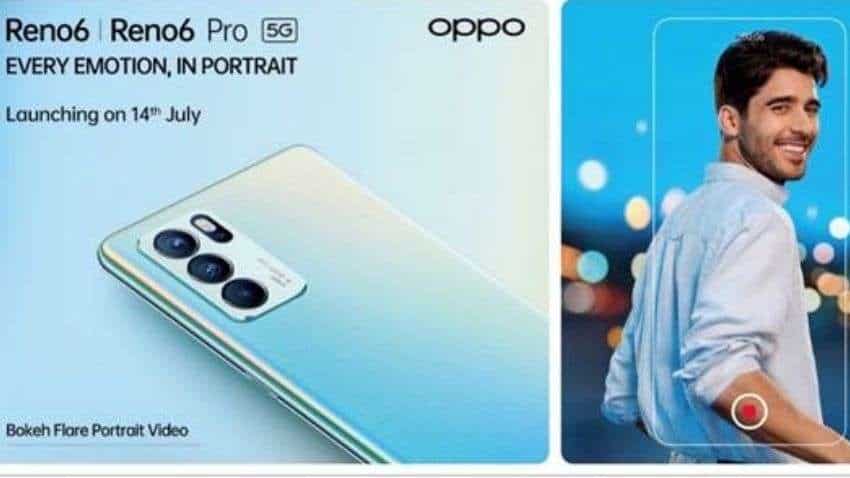 This new generation flagship mobile platform is built on a 6nm process, features the powerful Arm Cortex-A78 core and a clock speed of 3GHz. The Cortex-A78 provides the most immediate response.

Compared with the previous generation, the CPU performance of the Density 1200 is improved by 22 percent, making it one of the fastest smartphone CPUs ever. It also promises 25 percent more power efficiency and enhances GPU performance by 13 percent.

On Thursday, the company sent a media invite: "Block your calendar for complete specification and pricing of the most awaited Reno6 series smartphones on July 14, 2021, during the official launch event. Tune into all the launch updates at https://www.oppo.com/in/ and social media channels -Twitter, Facebook, and Instagram".

As per the company, both smartphones will feature leading imaging technologies, such as Bokeh Flare Portrait Video, AI Highlight Video, and additional professional camera features to capture every emotion in a portrait.

Oppo Reno 6 Pro 5G and Reno 6 5G will usher in the new era of smartphone videography with its industry-first Bokeh Flare Portrait Video, a cinematic Bokeh Flare Effect.  According to the company, the smart algorithm can effectively distinguish people from the background, and it intelligently brightens what you want to capture, while automatically blurring the background, the result is noise-free clear, brighter, clearer and crisp videos.