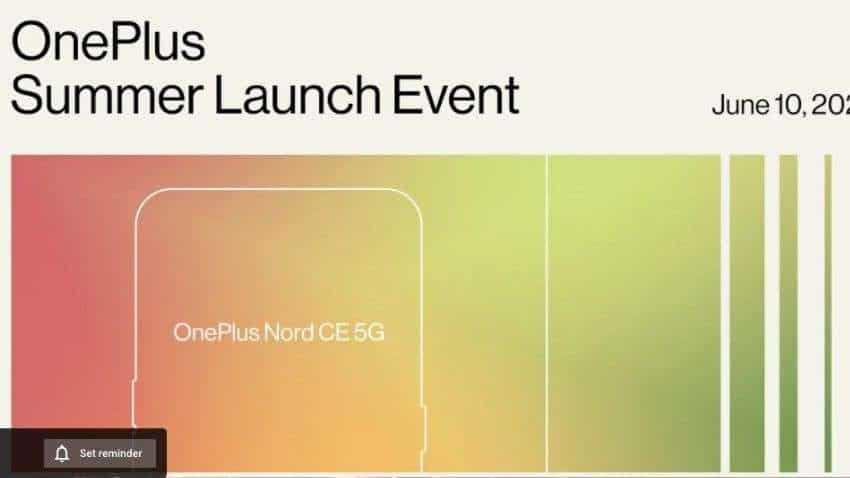 The price of the OnePlus Nord CE 5G hasn’t been officially confirmed yet but leaks have revealed the tentative pricing. As per a leak circulating on the internet, the upcoming OnePlus Nord will start a price of Rs 22,999 in India for the base model with 6GB RAM and 64GB of internal storage.

The same leak also reveals that the smartphone manufacturer will offer a Rs 1000 discount that will bring down the price of the OnePlus Nord CE 5G to Rs 21,999. This could be a limited period offer only. The company has already confirmed to host the OnePlus Nord CE 5G open sale on June 16 on Amazon and OnePlus India website.

Recently, OnePlus took to micro-blogging site Twitter and confirmed that this upcoming Nord phone will be backed by a 4,500mAh battery. There will be support for Warp Charge 30T Plus fast charging. It is claimed to charge the phone from 0 to 70 percent in 30 minutes.

The phone is seen in a Blue Void colour with an elongated pill-shaped rear camera setup that houses three snappers. There is an LED flash next to the camera bump. The difference is that the predecessor came with four cameras.

"Blue Void. Curtain coated and wrapped in a matte texture, its finish leaves no fingerprints and reveals a fresh nuance from every angle. It’s literally like staring into a deep ocean. Hence the name," the OnePlus wrote on Twitter.