OnePlus 8T review: The smartphone gets a 120Hz panel against the 90Hz screen on the OnePlus 8, an extra lens and a faster Warp Charge 65. The core doesn’t change much with the same processor. So, how good is the OnePlus 8T? Should you spend on this smartphone? Which OnePlus 8 series device is suited for you? Let’s find out in our OnePlus 8T review. 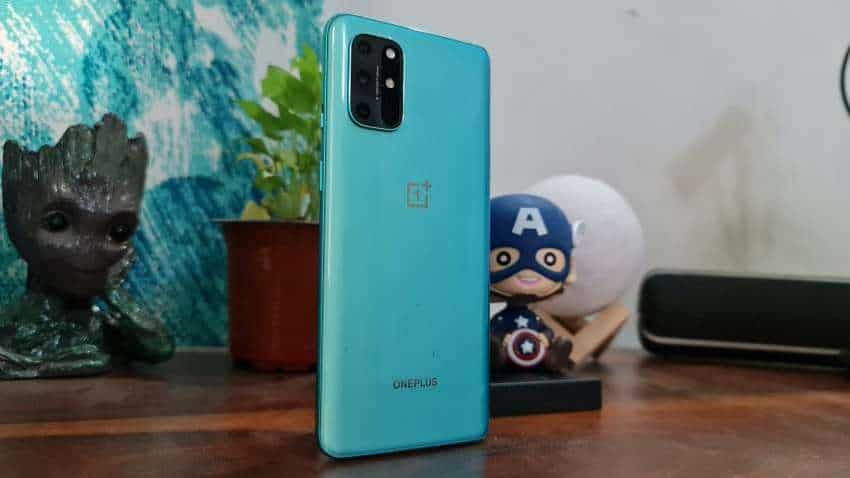 OnePlus 8T review: There was a time when I would ask people not to buy the standard OnePlus model because a ‘T’ upgrade wasn’t far away. Those were the days when the ‘T’ series would feel like a major upgrade too. That has changed a bit in the last 18 months. OnePlus is now launching four to five smartphones in the year which has left little scope to make revolutionary changes in each variant. This also reflects in this year’s OnePlus 8T which comes with tiny upgrades over the OnePlus 8 but looks to make tremendous impact.

So, how good is the OnePlus 8T? Should you spend on this smartphone? Which OnePlus 8 series device is suited for you? Let’s find out in our OnePlus 8T review.

OnePlus smartphones are known for their fabulous design. With the OnePlus 8T, the company has adopted a new design language altogether which unfortunately, takes this phone closer to the Nord than the OnePlus 8. This somewhat takes away the premium feel from the smartphone. OnePlus switched to a glossy glass finish which makes the phone a fingerprint magnet but those are not clearly visible on the back. 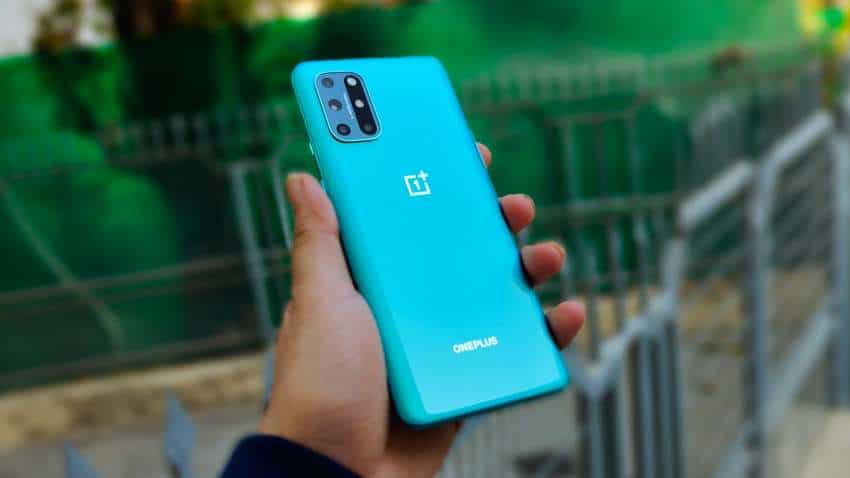 The smartphone is thicker than the OnePlus 8 and surely feels bulkier too. However, it offers a firm grip with a metal frame around. The back panel gets a new rectangular camera module on the top left. It includes four cameras and dual flashes. The punch-hole camera, the speaker arrangement and the alert slider has been retained from its predecessor. 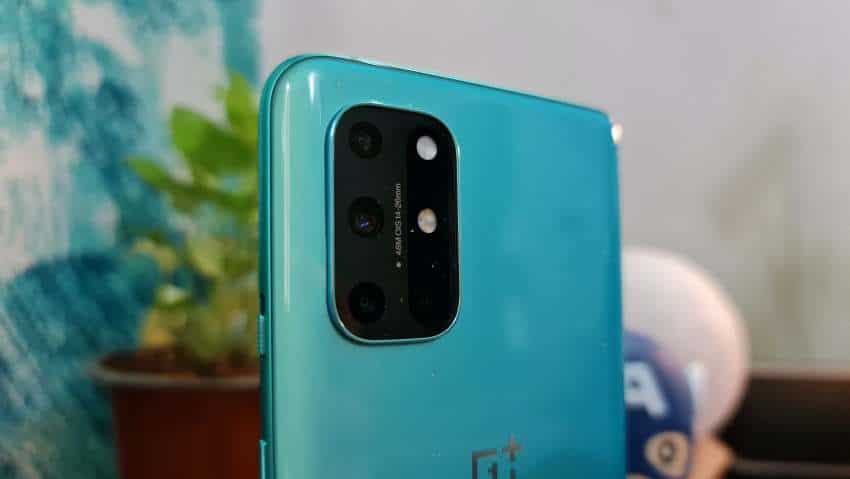 The SIM tray is positioned at the bottom alongside the Type-C USB charging port. It can include up to two Nano-SIM cards. The phone is 5G ready but in India, you will have to wait till the service is officially available. The volume rocker is placed along the left edge, and the power button is located on the right edge along with the alert slider. 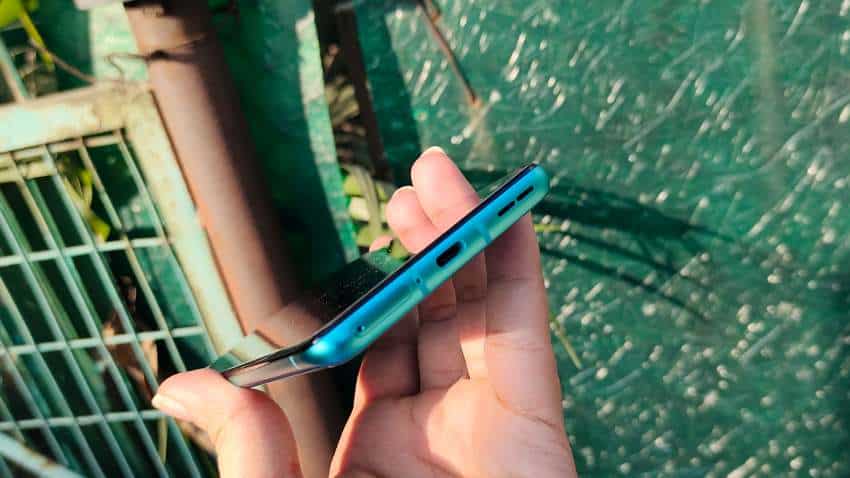 On the front, the OnePlus 8T features a 6.5-inch AMOLED 120hz display which produces vibrant colours. The display has an A+ rating from DisplayMate. Along with this, you also get 240Hz touch sampling rate which makes this smartphone apt for gaming. The screen supports HDR10 and HDR10+, and compatible HDR content from most OTT platforms. However, there is no Netflix certification yet. 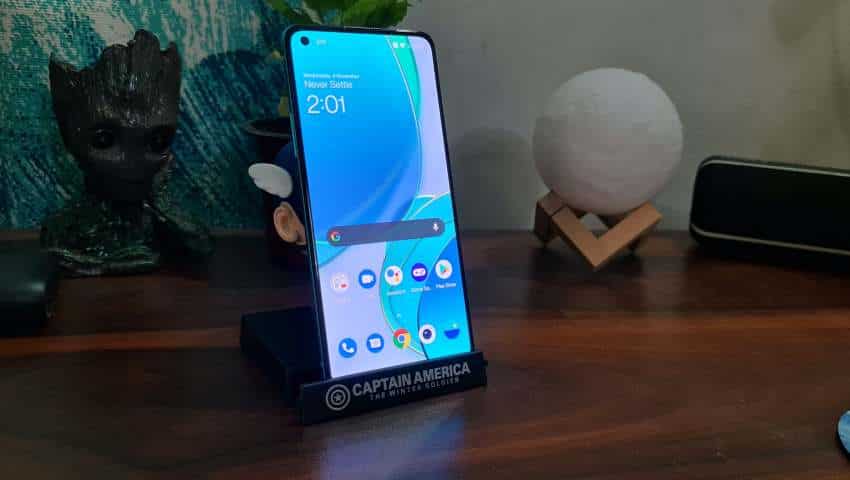 The resolution on the OnePlus 8T is lower than the OnePlus 8 Pro which is something you may want to look at if streaming content is your preference. The additions include an always-on display which provides more than just basic information such as time, date, battery status and notifications. 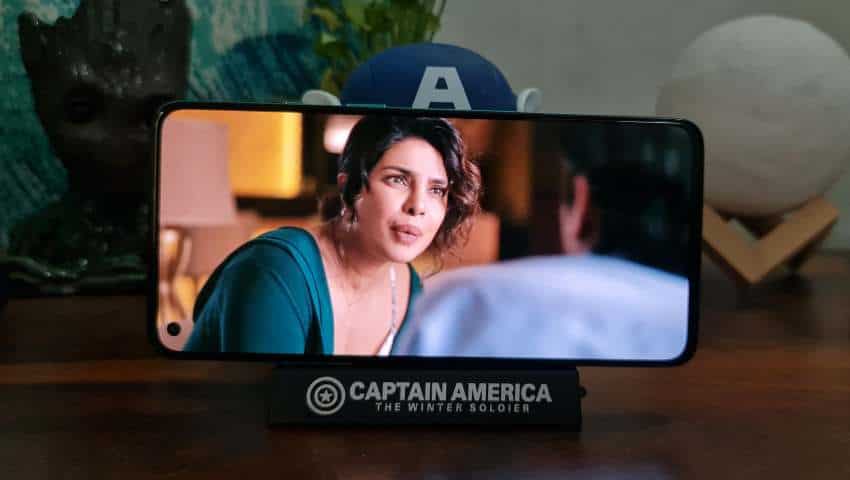 There is also an ‘Insight’ mode which provides data such as how much time you spend on the phone, or how frequently you unlock it etc.

A quad rear camera setup may not necessarily feel like a major upgrade in 2020. What makes it significant though is the fact that this is the first non-pro OnePlus smartphone to get the same. The camera module on the OnePlus 8T comprises of a 48 MP primary camera based on a Sony IMX586 sensor with PDAF and optical image stabilization, a 16 MP ultra-wide camera with a Sony IMX481 sensor and 123 degrees FOV, a 2 MP monochrome depth sensor, and a 5 MP macro camera. 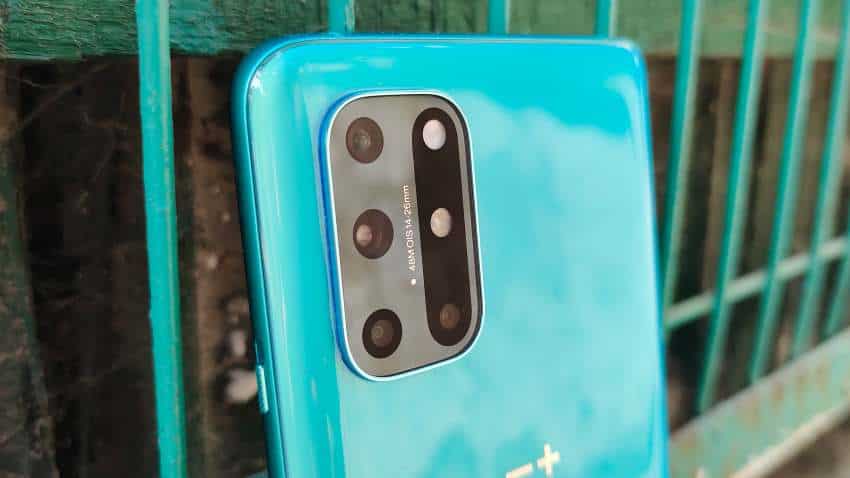 The camera app is neat like the rest of the UI. It gives you the option to choose between regular, ultra-wide and zoom modes. There are other options to choose from including Video, Portrait Mode, Slow-Motion, Time Lapse etc.

The images clicked from the main camera are generally sharp and crisp with good amount of details, especially in daylight. There are some cases where pictures turn out to be warmer and slightly saturated but not too many people might complain about it. The colours are equally punchy. 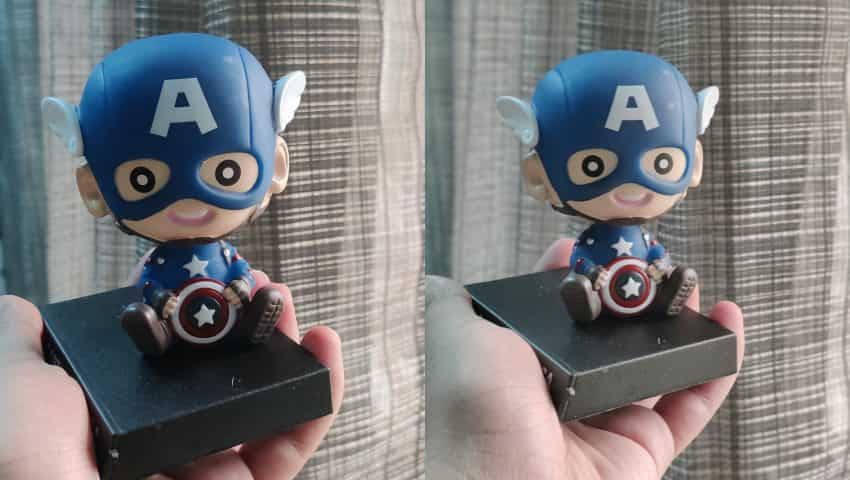 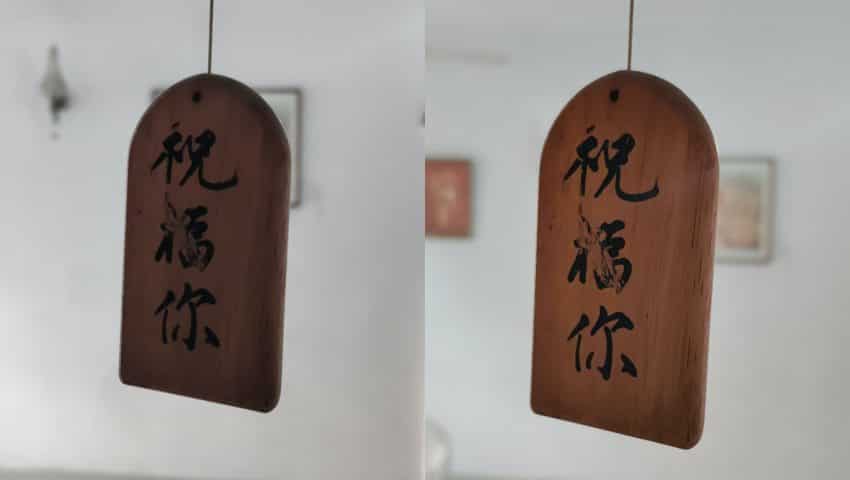 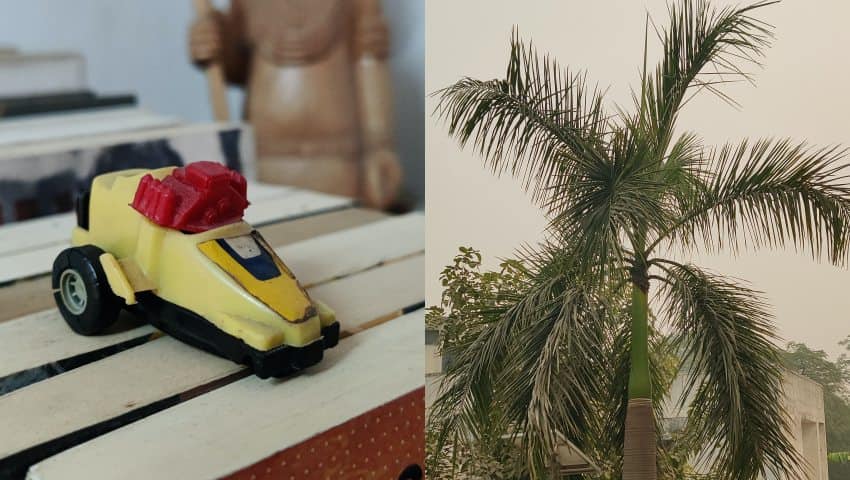 In low light conditions, the NightScape Mode makes a huge difference helping you click some good images. Yet, it isn’t the best Night Mode that I have seen in recent times and leaves some scope for improvement. Also, images clicked at Night using the normal mode are really soft and have a lot of noise. 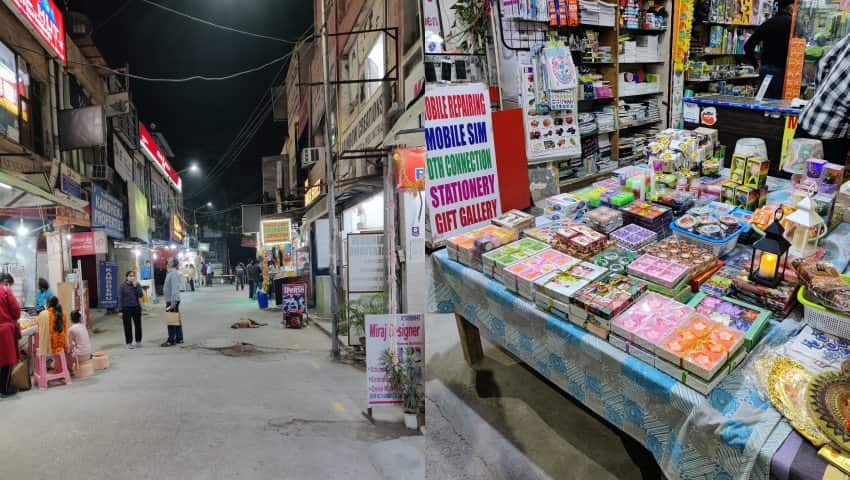 On the front, you get a 16 MP selfie shooter with a Sony IMX471 sensor. The front camera is capable of clicking good selfies in daytime and also supports portrait mode. The only challenge here is that the front camera doesn’t support Night Mode which results in sub-standard lowlight selfies. 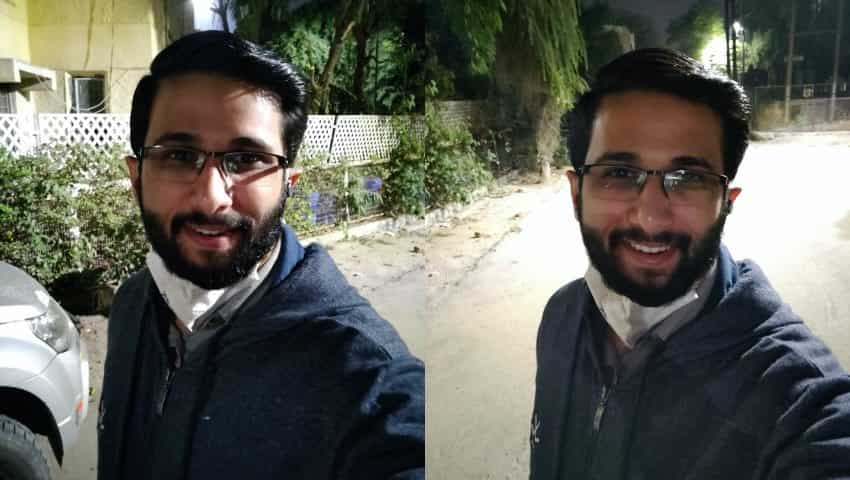 For videos, the rear cameras are capable of recording in 1080p and 4K resolution at 30 and 60 fps, and slow-motion 1080p and 720p videos at 240 and 480 fps respectively. You can also record time-lapse videos at 30 fps in Full HD or 4K resolution. There is also electronic image stabilisation which helps record steady videos.

OnePlus has added a ‘Portrait Video’ mode on the lines of Samsung’s Live Focus Video. It blurs the background in videos. While it’s a great idea, both OnePlus and Samsung need to make improvements as the background turns out to be too soft in the final video. 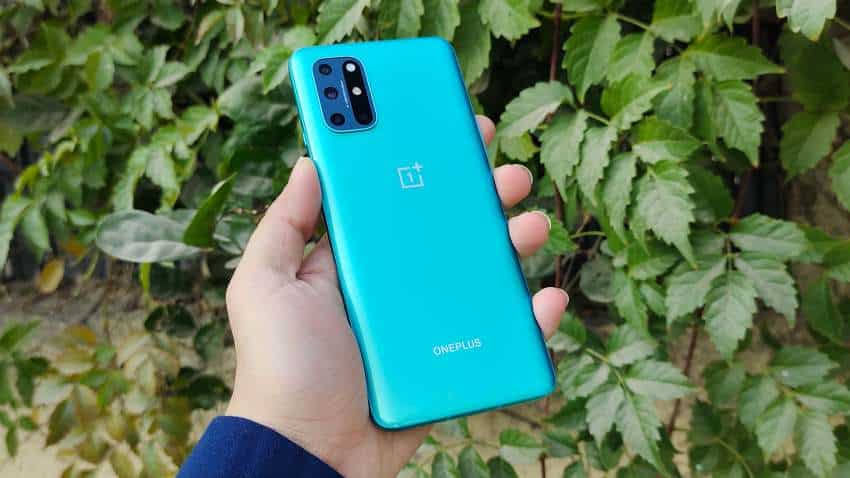 I primarily played Call of Duty: Mobile on the OnePlus 8T at the highest settings to a pretty much lag-free experience. The 120Hz refresh rate against the 90Hz display on the OnePlus 8 also feels like a genuine upgrade. The phone doesn’t heat up as well.

For audio, you get dual stereo speakers with AptX, AptX HD and LDAC codecs. The speaker is loud which helps while streaming content or during gaming. 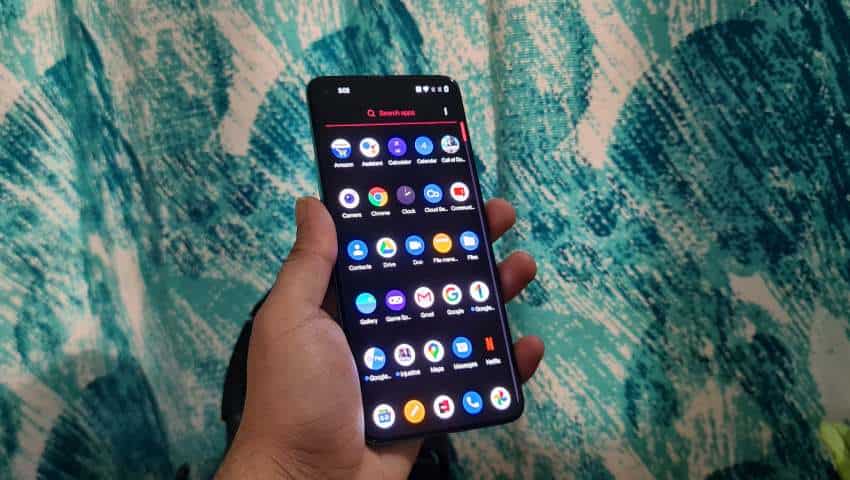 The biggest motivation for me to recommend OnePlus smartphones to anyone is the OxygenOS – which is by far one of the best custom Android skins. And, it makes a lot of difference to your overall user experience with Android 11 on board. The interface has been changed with bigger icons adding to the accessibility of users. There are new animations and as mentioned before, an updated Always On Display mode.

The photo gallery has got a new look as well, giving more space to folders and bigger fonts. Even the alarm clock and settings app have been given newer looks.

OnePlus has made significant improvements to both battery size as well as its charging capabilities. Now, you get a bigger 4500 mAh pack inside the phone with Warp Charge 65, which now sees a faster 65-watt adapter bundled with the phone. The charger is claimed to pack as many as 12 individual thermal sensors that monitor its temperature. 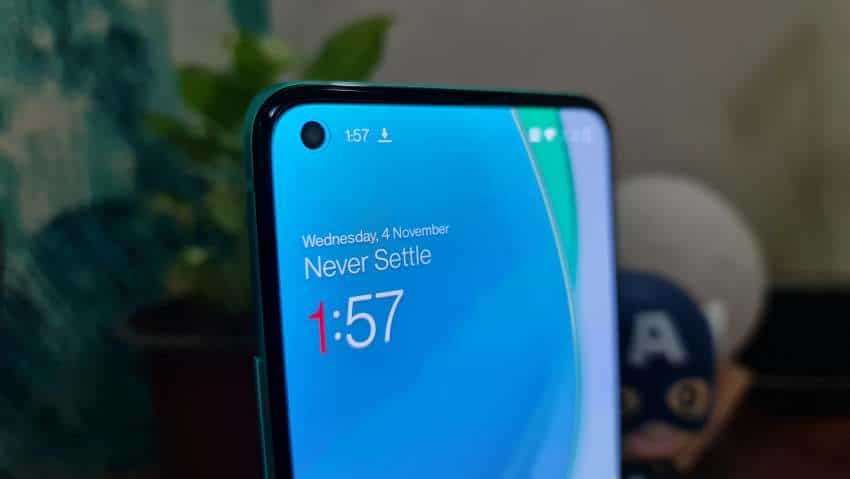 On normal usage, you should expect the smartphone to easily last around a day. The smartphone maker claims that the phone can charge from 0 to 100 per cent in 39 minutes. It took me about 40 to 45 minutes on average to charge the device which is also quite impressive.

OnePlus 8T review: Should You Buy?

As I said before, the OnePlus 8T isn’t a massive upgrade on the OnePlus 8 and hence the pricing is modest too. It comes with tiny improvements on the standard model which tend to make tremendous impact. More specifically, the 120Hz refresh rate panel and a 65W fast charger is what you should be looking at before spending on this smartphone. The design is new but not very premium. The display is fantastic and pricing is also very aggressive.

The camera performance is average and I would still pick the Samsung Galaxy S20FE over the OnePlus 8T in that category. However, the Samsung smartphone lags behind in several other criteria.