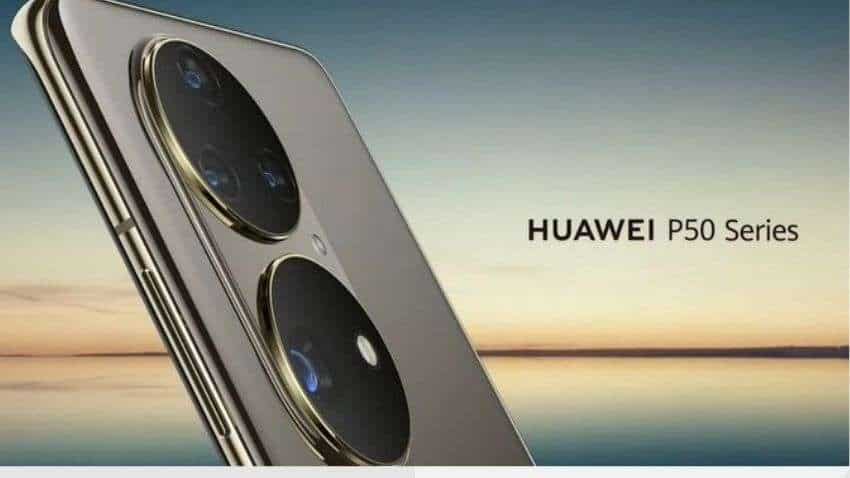 The P50 will likely ship with Huawei's new HarmonyOS operating system built-in, but it didn't confirm it in the video.
Written By: IANS
Edited By: Bharat Upadhyay
RELATED NEWS

Huawei HarmonyOS 2.0 update:  In a bid to give some competition to big tech giants like Apple and Google, the Chinese technology giant Huawei has showcased its upcoming P50 series smartphone during the launch of its self-developed operating system called HarmonyOS 2.0. The company did not talk about its price, however, a teaser video revealed that the smartphone might feature four camera lenses.

The teaser also hinted at Huawei's continued camera partnership with Leica, The Verge reported. Given that the size of the camera bump seems to have increased compared to the P40 Pro Plus, it seems reasonable that Huawei might have crammed some even larger sensors and lenses in the P50, the report said.

The P50 will likely ship with Huawei's new HarmonyOS operating system built-in, but it didn't confirm it in the video. The company also unveiled Huawei Watch 3 Series that features a curved glass screen and 316L stainless steel case.

Along with that, the company also unveiled a new tablet -- Huawei MatePad Pro -- that features a 12.6-inch OLED FullView Display with a 90 per cent screen-to-body ratio. Equipped with Kirin 9000 series chipsets, the Huawei MatePad Pro delivers incredible levels of performance. It also supports Multi-screen Collaboration with PCs.

The tablet can become a drawing board in Mirror mode and a monitor in Extend mode. It also supports cross-device file dragging and dropping, delivering a more efficient and collaborative multi-device experience. The second-generation HUAWEI M-Pencil was unveiled together with the HUAWEI MatePad Pro.

It features a new platinum-coated nib for high-precision handwriting and ultra-low latency, accurately differentiating between 4,096 levels of force.