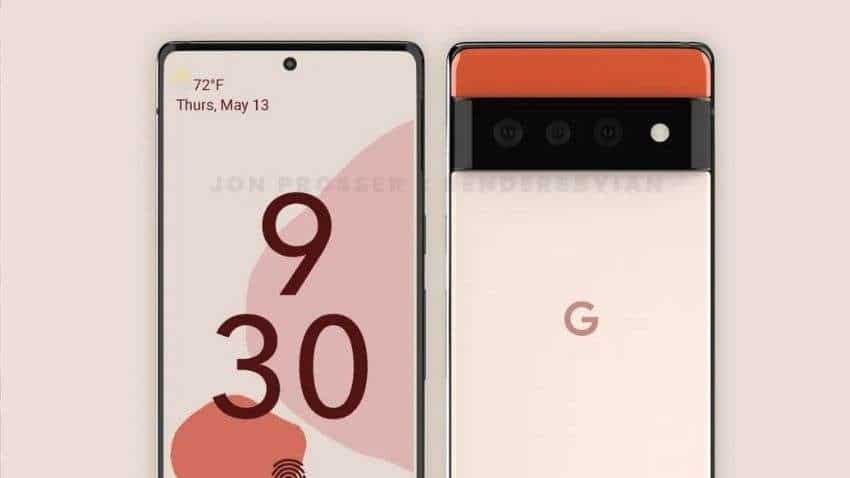 Ahead of the official release, reliable and popular tipster Jon Prosser revealed a YouTube video that gives insight of the complete design of the upcoming Pixel 6 as well as the Pixel 6 Pro. This time Google is doing away with the XL moniker.

According to a report from BGR India, Google hasn’t yet confirmed the phones or when they will release. Reports, however, suggest that the upcoming Pixel 6 series could be release during Google’s I/O virtual event set to begin from May 18.

The renders show the Pixel 6 to be slightly compact while the Pro model appears to be larger. The new leak hasn’t revealed much of the specifications of the new Pixels. Both Pixel 6 series models appear with a massive camera bump at the rear panel, something that we have never seen on a Pixel device before, the report said.

As per the renders, the vanilla model will pack two image sensors at the back while the Pixel 6 Pro appears with three cameras at the back panel. Also, both Pixels appear with a punch hole cut-out for the single selfie sensor to sit just like we have seen on several Samsung phones.

The bezels also look much slimmer than even before and we do expect the phones to include an in-display fingerprint sensor.

Meanwhile, Google accidentally revealed its upcoming "Pixel Buds A-Series" on a micro-blogging platform Twitter. However, the post has now been deleted. The official Android account on Twitter tweeted a photo of the "Pixel Buds A-Series" and said the earbuds "have arrived". The social media post advertised the recently redesigned Fast Pair experience.

There is, however, no accompanying Made by Google announcement or Google Store retail listing. They are officially referred to as the "Pixel Buds A-Series" in both the social media post and the attached image, reported by 9To5Google.