Google also announced it has developed its own custom-built chip to power the next generation of Pixel 6 smartphones that will arrive in the market later this year. Called Tensor, the AI-enabled System on a Chip (SoC) has been developed specifically for Pixel phones. 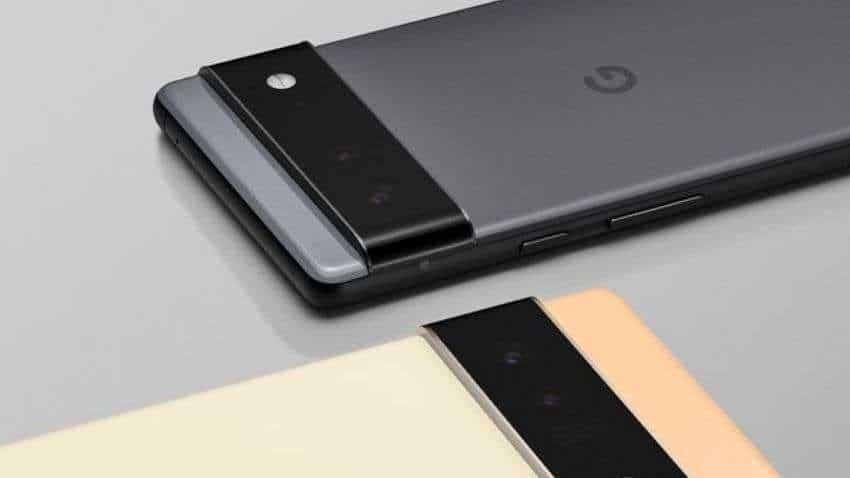 It looks like the Google Pixel 6 smartphones series will not be available in India, China, Middle East, and other European countries in the initial stages. However, Google hasn’t officially revealed exact availability details, so there’s a chance that might change once the device becomes official. To recall, Pixel 4 and Pixel 5 didn’t launch in India so it is still not clear if the Pixel 6 series will follow the same path.

Google also announced it has developed its own custom-built chip to power the next generation of Pixel 6 smartphones that will arrive in the market later this year. Called Tensor, the AI-enabled System on a Chip (SoC) has been developed specifically for Pixel phones.

"These new phones redefine what it means to be a Pixel. From the new design that combines the same beautiful aesthetic across software and hardware with Android 12, to the new Tensor SoC, everything about using the Pixel is better," said Rick Osterloh, Senior Vice President, Devices & Services.

Google said that Tensor was built for how people use their phones today and how people will use them in the future. "For example, with Tensor we thought about every piece of the chip and customised it to run Google's computational photography models. For users, this means entirely new features, plus improvements to existing ones," the company said.

With Tensor's new security core and Titan M2, Pixel 6 will have the most layers of hardware security in any phone. Google has also upgraded the rear camera system on Pixel 6. The Pixel 6 and Pixel 6 Pro have new materials and finishes, too — like the Pro's light polished aluminum frame, and the 6's matte aluminum finish. In 2016, Google launched the first Pixel.

"Over the years, we introduced features like HDR+ and Night Sight, which used artificial intelligence (AI) to create beautiful images with computational photography. As more and more features are powered by AI and ML it's not simply about adding more computing resources, it's about using that ML to unlock specific experiences for our Pixel users," the company said.