Foldable smartphone is one of latest fads for gadget lovers! And, it's icing on the cake when gadget lovers get to know that Apple is reportedly working on a foldable iPhone. 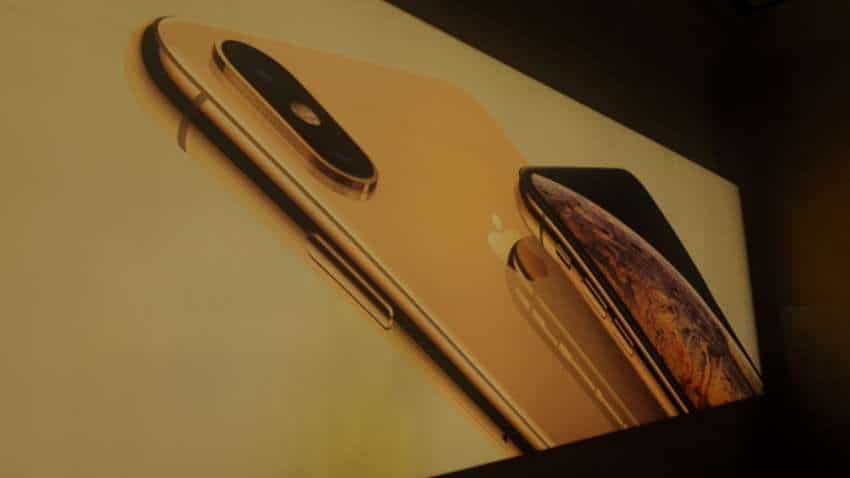 Apple is reportedly working on a foldable iPhone with a self-healing display that may fix the normal wear and tear by itself, including scratches and dents. IANS pic.
Written By: Prashant Singh
Edited By: Harish Dugh
RELATED NEWS

Moreover, the report says the patent application named "Electronic Devices With Flexible Display Cover Layers" suggests methods for minimizing damage and doing something when the damage occurs. It hints at mixing rigid and flexible areas for a display and utilizing 'self-healing' techniques. "An electronic device may have a hinge that allows the device to be flexed about a bend axis. A display may span the bend axis. To facilitate bending about the bend axis without damage, the display may include a display cover layer with a flexible portion," says Apple's patent application, as per a report in IANS.

However, self-healing display feature won't be included in the first generation of foldable iPhones given that the company has already placed a large order with Samsung Display for providing samples for at least one year. Going by the claim from Ice Universe, it looks like Apple tested out those sample units, and ordered a fresh batch of foldable display samples from Samsung.

Meanwhile, it has been reported that Apple is expected to launch four new iPhones on October 13 and now a new report claims that the entry-level iPhone 12 will come with 64GB storage in a total of six colours including black, white, blue, red, yellow as well as coral.

Reportedly, the iPhone 12 Pro and 12 Pro Max will arrive in 128/256/512GB storage variants and will be limited to black, white and silver colours.

The first batch of iPhone 12s are expected to arrive to distributors on October 5. The first iPhones to hit store shelves will be the 5.4-inch iPhone mini, alongside the 6.1-inch iPhone 12 Max.

All four iPhone models are expected to feature OLED displays and 5G support.