In a bid to gain more traction in the budget smartphone segment in India, the Chinese smartphone maker Realme is all set to launch three new budget smartphones under the Realme C series in India today during a live virtual event. 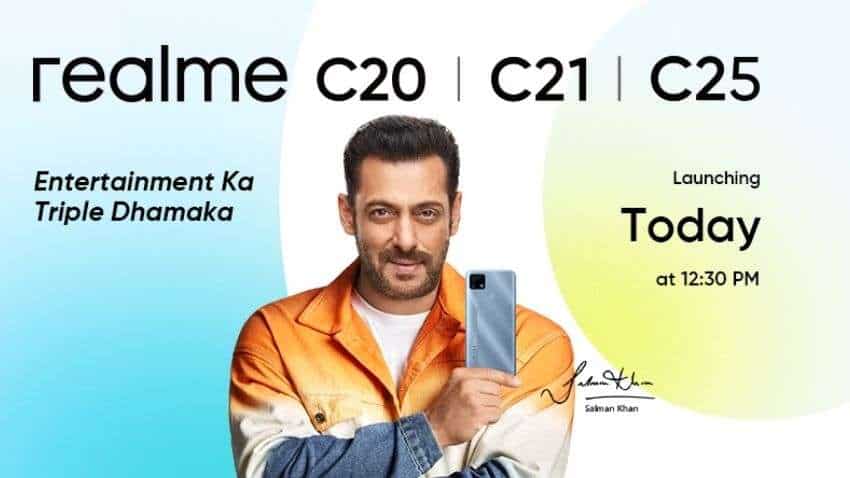 The company is going to release Realme C20, the Realme C21 and the Realme C25 mobile phones in India.
Written By: Bharat Upadhyay
Edited By: Harish Dugh
RELATED NEWS

The company has already revealed a lot of details about all three upcoming Realme smartphones including the design, the battery capacity, camera details and more.  All three smartphones will be available on Flipkart and realme.com once the devices go official later today after the launch. According to the several leaksters, these smartphones may fall under Rs 10-12K category. However, this is just speculation, for official pricing please check the Realme official website.

Realme C25 has been listed on the e-commerce platform Flipkart already with some of the key specifications. One of the biggest highlights of this upcoming smartphone is the battery. Realme C25 has been teased to sport a massive 6000mAh battery packed with fast charging support in the box. This device will be powered by MediaTek’s Helio G70 gaming SoC and a 6.5-inch large display with a waterdrop notch cutout.

As per the Flipkart teaser, the Realme C20 and the Realme C21 will come packed with a 5000mAh battery, 13-megapixel AI triple camera, HD+ display with 400 nits brightness and 89.5 per cent screen-to-body ratio, MediaTek G35 processor, among others.