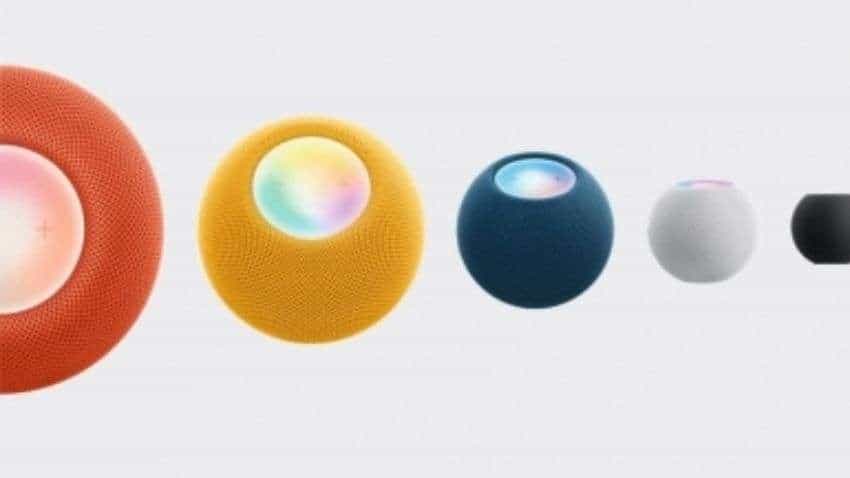 The US-based tech giant Apple has announced that its HomePod mini is now available in yellow, orange and blue colour options, giving users more ways to express their personality and style in any space.

HomePod mini, priced at Rs 9,900, is now available through Apple Authorised Resellers. HomePod mini is designed to work with Apple Music, Apple Podcasts, thousands of radio stations and popular music services like Jio Saavn, Gaana and others, providing entertainment for everyone.

"At just 3.3 inches tall, HomePod mini is packed with innovation to deliver big sound for a speaker of its size. Using computational audio to provide a rich and detailed acoustic experience and deliver peak performance, HomePod mini fills the room with rich 360-degree audio that sounds great from every angle," the company said.

With multiple HomePod mini speakers, users can play the same music throughout the house, a different song in every room, or create a stereo pair for an even more immersive experience.

The US-based tech giant recently introduced a new 15.1.1 software update designed for the HomePod. The update addresses a problem that could cause podcasts to fail to play on the HomePod and HomePod mini.

Apple's smart speakers will automatically update themselves, but users can do it manually, according to Apple's release notes, To perform a manual HomePod software update, open the Home app then tap on the Home icon in the upper-left corner of the screen.

Choose Home Settings from the resulting pop-up window. Then choose Software Update. Apple's support website has more details. HomePod 15.1.1 comes a week after the 15.1 update was released. An update that added Lossless Audio and Dolby Atmos Spatial Audio support to the HomePod.

How to switch from Android to iPhone: Check this complete guide

Apple reverses verification requirement for educational discounts in US