The site believes Apple`s first foldable smartphone will have a clamshell design. 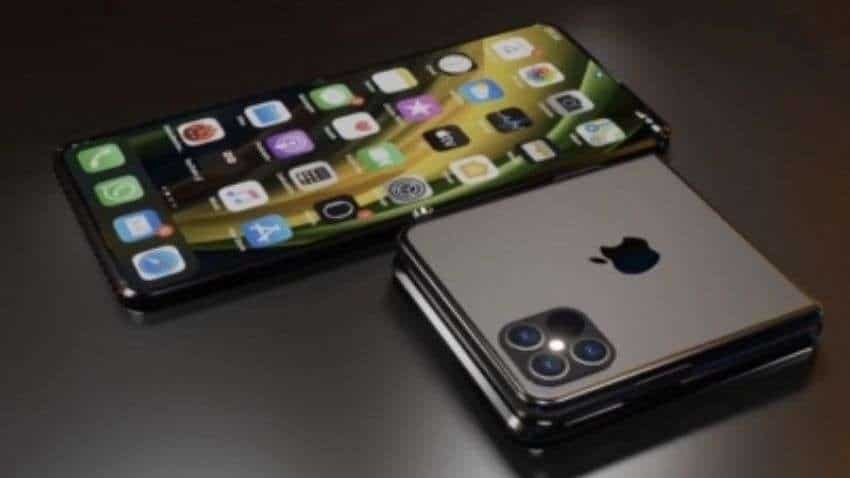 Apple analyst Ming-Chi Kuo in a latest research note claimed that the Cupertino-based tech giant may launch its first foldable iPhone in 2024, compared to 2023 previously.

"We have revised our forecast to delay the launch of the iPhone with under-display fingerprint and the foldable iPhone to 2H23 and 2024, respectively, due to lower than expected development progress. We believe this will hurt iPhone shipments in 2022 and 2023," iMore quoted Kuo as saying.

Business Korea recently reported that Apple and LG are developing a foldable OLED panel that uses etching to decrease thickness and is likely 7.5-inches in size.

The site believes Apple`s first foldable smartphone will have a clamshell design.

Earlier, Kuo said that Apple has been researching foldable devices since 2016, but rumours surrounding a foldable iPhone have noticeably increased in recent months.

The upcoming foldable iPhone with Galaxy Z Flip-like design will also be more affordable than the competing rivals in the same market.

Apple is also in the process of engineering an iPhone with a folding display similar to the Samsung Galaxy Z Fold and iPhone maker has ordered a batch of foldable displays from Samsung, suggesting that it is working on a foldable iPhone.

A report has claimed that the company might also discontinue the iPad Mini after the launch of its foldable iPhones.