The iPhone contributes to 25% of the demand and 21% of supply on OLX. 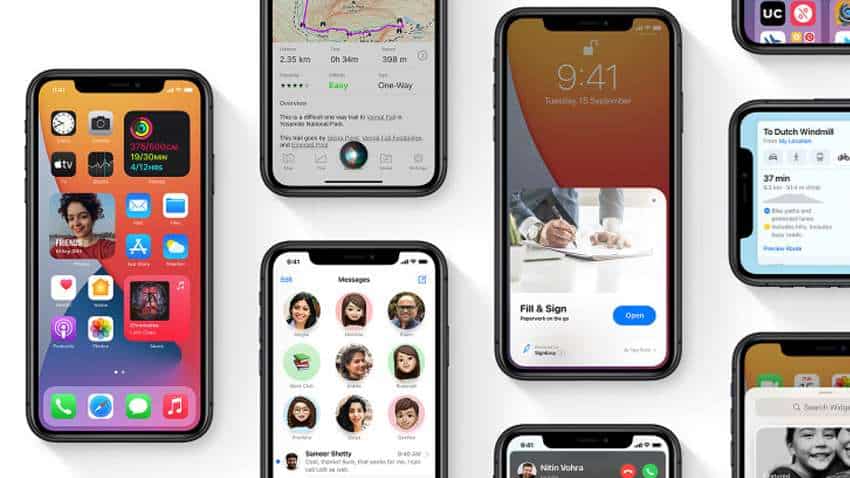 Apple continues to rule the roost amongst aspirational non-metros in India when it comes to demand and supply of pre-owned phones. Photo from Apple website.
Written By: Prashant Singh
Edited By: Harish Dugh
RELATED NEWS

India, as a smartphone market, is one of the last bastions of growth available for smartphone OEMs as market saturation is below 50% for smartphone ownership while internet penetration for 91% of the states is below 50% as well, as per Statista. The overall demand for pre-owned phones has jumped by 61% and supply has increased by 76% during the period of lockdown 1 and post the unlock while demand has jumped by 44% post unlock vs pre-COVID lockdown period, as per OLX.

With over 500mn internet and smartphone users, India now has about half the population accessing the internet. With 700mn users yet to be connected, smartphones, especially pre-owned ones will play an important role in driving India’s internet population to over a billion in the coming years.

In order to further understand the consumer behaviour towards pre-owned phones during COVID19, OLX for the 3rd edition of the study analysed data points from over 1mn users on its platform between the periods of January to August for this report which states that rising demand from India’s non-metros is propelling the demand for Apple’s iPhone and pre-owned smartphones overall.

- Apple continues to rule the roost amongst aspirational non-metros in India when it comes to demand and supply of pre-owned phones.

- While in the new smartphone market Apple’s market share is minimal in India the opposite holds true for the pre-owned market.

COVID19 has accelerated the growth curve for pre-owned smartphones especially as financial constraints and uncertainty in the economy drives more people to come online in search of better livelihood opportunities, consuming content and staying connected.

Non-metros are driving demand and supply for pre-owned phones

- Ease of access, a pent up demand for connectivity, rising consumption of content and affordability is powering the growth of the pre-owned phone market across non-metros.

- Similar trends hold true for supply as well. 81% of supply for pre-owned phones originated from Tier 2 and 3 cities while Tier 1 comprised only 19% of the supply.

- A quarter of the demand for pre-owned phones in India originates from India’s 2 most populous states - Maharashtra and Uttar Pradesh.

- Interestingly as per publicly available data, the internet penetration rate across these states is less than 50%. Following on the heels of Maharashtra & Uttar Pradesh are Andhra Pradesh, Karnataka, Telangana and Delhi NCR which generate 6% of the demand each.

- UP and Maharashtra also lead the charts for the supply of pre-owned phones and collectively control 24% of the same in India. Following on their heels, Punjab and Haryana control 11% of the supply while Bihar controls 5% of the supply

- Kerala with a 54% internet penetration rate ranks 18 in the list of states generating most demand and supply for pre-owned smartphones.

- While the non-metro cities of Lucknow, Patna, Ludhiana, Varanasi, Kanpur & Surat are the hotbeds for pre-owned smartphone demand.