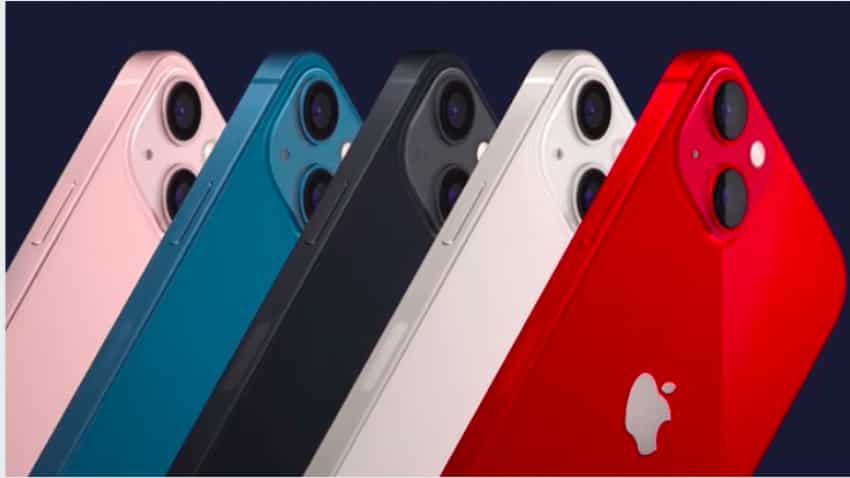 In India, the US, UK, Japan, China, Australia and Canada, preorders will begin on September 17, with retail availability starting on September 24. The iPhone 13 gets a new camera system which is apparent from the new diagonal orientation of the two cameras on the back of the phone. The camera bump on the iPhone 12 had the two cameras stacked vertically. Apple claims the larger battery along with iOS 15, the A15 chip and the updated displays gives the iPhone 13 a longer battery life.

Apple has used surgical grade stainless steel for the iPhone 13 Pro models, with a custom finish that's said to be resistant to abrasion and corrosion. There are four new colours: Graphite, Gold, Silver, and Sierra Blue. The base model of the iPhone 13 and 13 Mini are available in five colors: Pink, Blue, Midnight, Starlight and Product Red.

Additionally, the iPhone 13 sports a new A15 Bionic chipset under the hood, which Apple says is up to 50 per cent faster than the leading rival chips and offers up to 30 per cent better graphical performance. As for biometrics, the iPhone 13 gets support for Touch ID (in the power button), and Face ID as well.

The iPhone 13 camera module houses dual sensors. It has a 12MP f/1.6 primary camera sensor and a 12MP f/2.4 ultrawide lens that has a 120-degree field of view. The primary camera comes with sensor-shift stabilisation. Apple has slightly tweaked the camera module design and placed the lenses diagonally. The new iPhone 13 series camera comes with Cinematic Mode, manual tracking of focus and more.

The iPhone 13 Pro models have a new 77mm telephoto camera with 3X optical zoom, an ultra-wide camera that can now take macro shots at up to 2cm from a subject, and a primary wide camera with an f/1.5 aperture and 1.9um sensor pixels. It is said to capture more light, for less noise, faster shutters, and longer brackets when using a tripod. All cameras including the telephoto one now work with Night Mode, because of computational photography.