This feature mainly helped Apple Watch users for easy access to their smartwatch. Now, the company has fixed the issue with a new iOS 14.7.1 update. 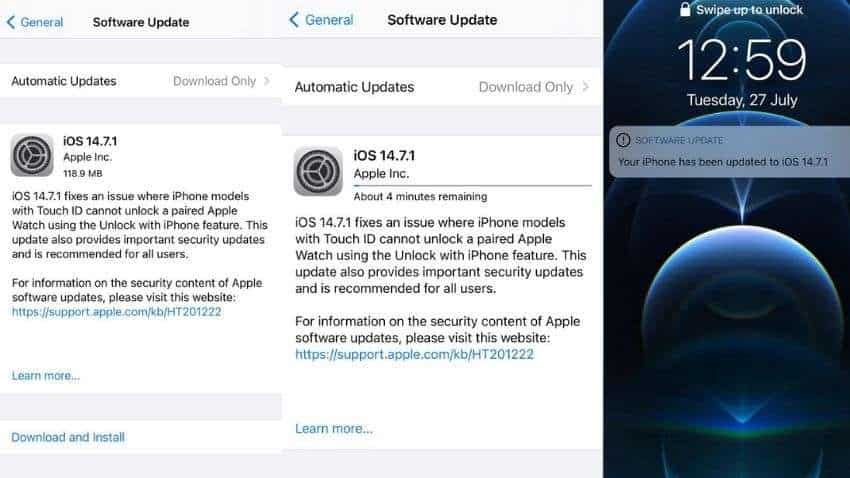 Following the release of iOS 14.6 to the public in May, iOS 14.7 is another notable update for iPhone users. One of the biggest changes here is support for the new MagSafe Battery Pack for iPhone 12. In addition to new features, system upgrades, improvements, and bug fixes, iOS 14.7, unfortunately, interrupted the “Unlock with iPhone” feature.

This feature mainly helped Apple Watch users for easy access to their smartwatch. Now, the company has fixed the issue with a new iOS 14.7.1 update.

If you have an Apple Watch, this is a crucial update and you must install the iOS 14.7.1 update immediately. The update will fix the “Unlock with iPhone” error and the feature will start functioning again. The iOS 14.7.1 update also addresses a security vulnerability.

The company said that an application in iOS 14.7 faced a memory corruption issue that might have allowed an application to execute arbitrary code with kernel privileges. The issue has been fixed with the release of iOS 14.7.1 software. It is advised that all iPhone and iPad users to update to the latest iOS update quickly.

How to download iOS 14.7.1 update - Go to the Setting tab first. Next, go to “General” option by scrolling down. Select Software update option. Check for update and then select the Download and Install option. Before starting the installation process, ensure to connect your iPhone with a stable WiFi network.