Facebook's profit surged by three times in the same quarter a year ago, Twitter posted a loss in the first quarter on 2016. 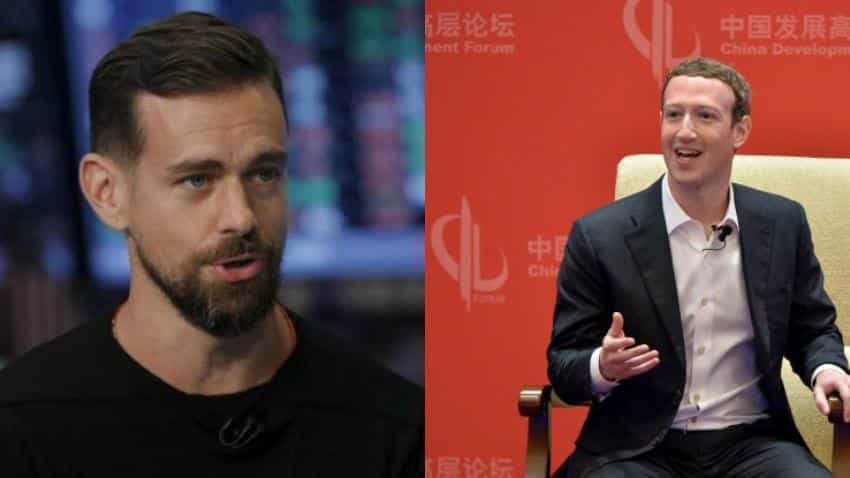 Now, Facebook may allow users to make money from posts

The battle among social media's two largest players for a large chunk of the revenue pie has now become more lopsided. While Facebook's profit nearly tripled in the first quarter of 2016, smashing Wall Street's expectations, Twitter posted a loss in the same period.

Twitter has been making losses for a while now. However, in the first three months of the year, its profits came down to $80 million versus $162 million compared to last year. Its revenue also grew 36% in the period. But both these factors failed to impress investors who were expecting much better numbers from the 140-character social media platform, especially after the company's co-founder Jack Dorsey was brought back to give a filip to the company's vision and financials.

Facebook, on the other hand has been consistently growing at a rapid pace. In the first quarter of 2016, the company's profits tripled to $1.5 billion from $509 million in the same period last year even as its revenue grew 50% to $5.4 billion from $3.5 billion on year.

Active users are a key metric to calculate the success of social media websites, and Facebook has been marching way ahead. Monthly active users on the social media platform rose to 1.65 billion, up 14.5% from a year ago. Daily users on the platform grew 16% to 1.09 billion, with strong gains in number of people using Facebook on their mobile devices.

Facebook's revenue and profits grew in the quarter as new advertisers came pooling in to invest in the company's widely popular mobile platform and its new services like live video feature while existing advertisers boosted their spend.

At the same time, the number of active users on Twitter in the quarter remained flat. The number of monthly active users on the platform was 310 million, up merely 3% from a year ago and only slightly higher than the 305 million in the previous quarter. Twitter has changed the way it measures its active users – the company doesn't count users who follow via SMS text messaging. However, despite counting those, the company's active users were only 320 million.

Twitter's shares slumped more than 13% to $14.36 in the after-hours trading on Wednesday after the company posted its results, extending their fall over the past two years.

While the Wall Street was expecting better revenues, Twitter's financial forecast for the current quarter has also failed to inspire visions of better days for investors who have been wary of the company's potential for a while now.

"With less than exciting results in the very first quarter following the new plan under CEO, Jack Dorsey, investors are likely to remain skeptical," Sterne Agee CRT said in a note to investors.

Twitter's growth woes led to Dorsey's return as chief executive. In an overhaul to boost the number of active users on the portal, he has forged several tie-ups with exclusive live events, collaborations, and attracting marketers -- important ingredients for implementing Twitter’s ‘live’ strategy.

He introduced a new "Moments" feature highlighting breaking news stories, and has introduced an "algorithmic" timeline that is designed to be better adapted to Tweeter. So far, this hasn't garnered much results.

In the ten years that Twitter has been in existence – the social media platform celebrated its tenth birthday last month – it became a powerful communication tool but has since been struggling to win users and reach profitability.

Twitter may have become a must-have tool for journalists, activists, celebrities and even major politicians around the world, it has been struggling to expand beyond its devoted base to become a mainstream hit for a while now.

Twitter noted in a letter to shareholders that revenue was "at the low end of our guidance range because brand marketers did not increase spend as quickly as expected in the first quarter."

Mark Zuckerberg on the other hand, continues to remain wildly popular at Facebook.

The company's board of directors have approved a new plan to tighten his grip at the helm as the booming social network continues to post stellar figures.

Facebook plans to create a non-voting class of stock, which will let Zuckerberg give away his wealth without relinquishing control of the company he founded.

Shareholders will get to vote on the proposal at an annual stockholders meeting on June 20, according to Facebook.

The move aims to allow Zuckerberg to remain in charge even as he gives away the bulk of his holdings to charity as he announced last year with his wife.

"We are focused on the long-term, and that is the main reason for today`s proposal," Zuckerberg said during an earnings' call.

"Facebook has been built by a series of bold moves. And when I look out at the future, I see more bold moves ahead of us than behind us...I am committed to seeing this mission through."

Zuckerberg noted that Facebook has always been a founder-led company, and that has allowed it to focus on long-term goals without succumbing to takeover offers or critics.

Facebook, like Google, went public in a way that kept control in the hands of founders instead of putting it in the grasp of shareholders.

"Today's board proposal will allow us to do what we do well, and fund the Chan (Zuckerberg) Initiative," he said.

The initiative takes aim at global challenges such as curing diseases, improving education, and protecting the environment from climate change, according to Zuckerberg.

(With inputs from Reuters, PTI, AFP and IANS)

Now, Facebook may allow users to make money from posts