Are 'chatbots' the future of online business?

Facebook this week also made a major push in this area, opening up its Messenger application -- and its 900 million users -- to "bot" developers. 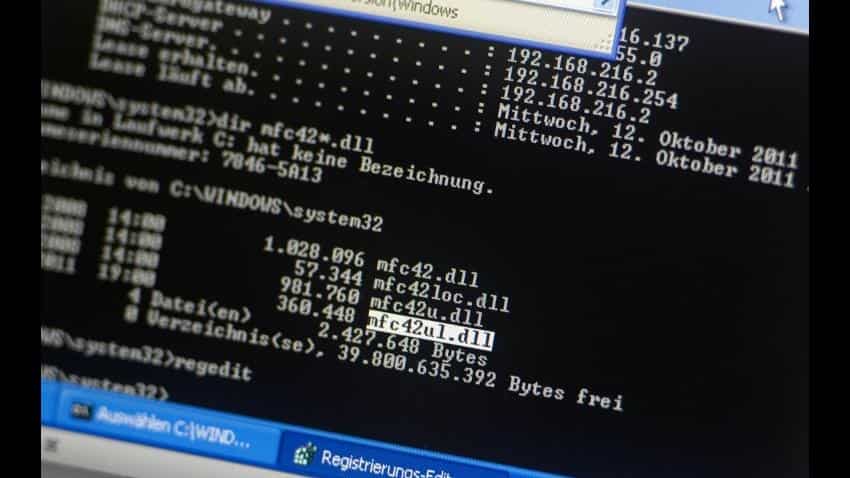 Are 'chatbots' the future of online business?. Picture Courtesy: AFP

An artificial intelligence "chatbot" from Taco Bell now lets you order a meal in a smartphone text exchange that might look something like this:

TacoBot: Hello there, I`m your TacoBot, I can help you order a meal for you or your team.

You: Can I order one soft taco with beef?

TacoBot: Sounds good... do you want to keep adding stuff? Maybe some bacon?

Brands like Taco Bell and tech companies large and small are betting that more and more people will start using this "conversational" way of interacting online instead of clicking through on-screen menus.

If the trend catches on -- as firms like Facebook and Microsoft expect -- it could transform the digital landscape by allowing smartphone users to find information or make purchases with simple text messages, bypassing apps and search engines.

Among the companies already developing or launching chatbots are the Wall Street Journal, CNN and retail giants Sephora and H&M.

"I believe we are headed to a shift where this becomes one of the primary means we interact with the digital world," says Mark Beccue of Mark Beccue Consulting, who follows trends in the messaging market.

"The chat user interface is what makes sense for a mobile-first world. You can be more specific and be quicker."

Chatbots are already popular in China, where a system powered by Microsoft offers a variety of services for users of the popular messaging app WeChat.

Facebook this week also made a major push in this area, opening up its Messenger application -- and its 900 million users -- to "bot" developers.

"We think you should be able to text message a business like you would a friend, and get a quick response," Facebook co-founder and chief Mark Zuckerberg said.

The idea is to create a seamless experience for end users, who can access services directly via a messaging app by chatting with a "bot," which appears alongside their regular contacts.

Microsoft unveiled a similar effort last month, as CEO Satya Nadella described a push into "conversations as a platform."

The messaging service Kik meanwhile launched its own "bot shop," with partners including retailers, game developers and services such the Weather Channel.

Kik said the move was a response to the trend of people using fewer apps and spending more time on chat platforms.

"There`s nothing to download, no new registration required, and you can use an interface you`re already familiar with: chat," Kik said in a statement.

Chatbots can be simple programs that provide answers to predetermined questions, or more complex ones powered by artificial intelligence.

"It`s a more natural extension of how consumers are used to doing things," said Julie Ask at Forrester Research.

The intelligent chatbot movement suffered an embarrassing setback recently when Microsoft had to ground its "Tay" bot just a day after letting it loose on Twitter.

Internet users gamed the artificial intelligence -- designed to improve the conversations -- to cause Tay to spew out hateful and racist comments.

"`Tay` went from `humans are super cool` to full nazi in <24 hrs and I`m not at all concerned about the future of AI," quipped one user, @geraldmellor.

Analyst Mark Beccue said the Microsoft case was more of a science experiment "testing the boundaries of what artificial intelligence can do."

"It was a case study they will learn from," he said.

Some analysts remain skeptical however on chatbots as the wave of the future.

Jan Dawson of Jackdaw Research said the movement is largely driven by Microsoft and Facebook, two firms which would like a greater presence in mobile even though they don`t control the biggest smartphone operating systems.

For Facebook, which has invested heavily in AI, the "bot" movement -- crucially -- opens a door to monetizing its popular Messenger platform.

"There`s a lot of hype around chatbots but the reality is there are few interactions where a chat with artificial intelligence is going to be more efficient than using an app," Dawson said.

"There`s a kind of hubris that someone could expand the one-to-many communication method to every human interaction," Kay said.

"Humans want to remain human and not a cog in someone`s machine."