The new IT rules require large digital platforms -- with over five million users -- to publish compliance reports every month, mentioning the details of complaints received and action taken. 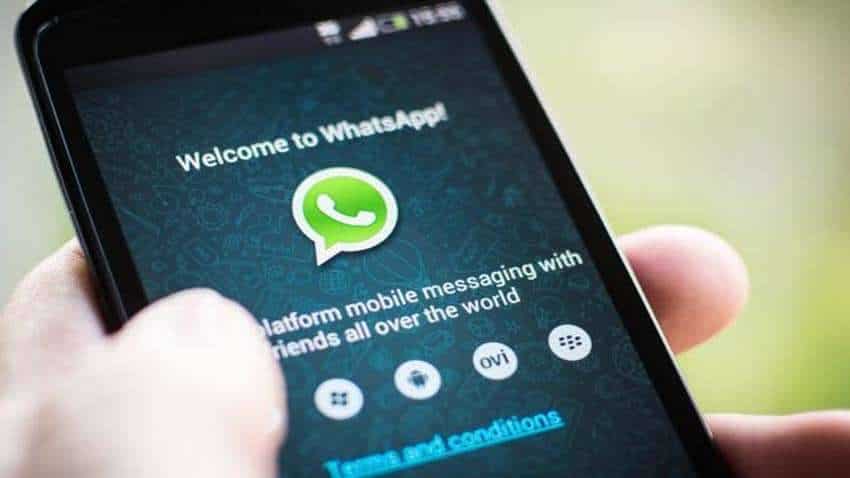 WhatsApp said user reports received by the platform via the grievance channel/s are evaluated and responded to. Reuters Photo
RELATED NEWS

WhatsApp banned two million Indian accounts while it received 345 grievance reports between May 15 and June 15, the company said in its maiden monthly compliance report as mandated by the IT rules.

The new IT rules require large digital platforms -- with over five million users -- to publish compliance reports every month, mentioning the details of complaints received and action taken.

"Our top focus is preventing accounts from sending harmful or unwanted messages at scale. We maintain advanced capabilities to identify these accounts sending a high or abnormal rate of messages and banned two million accounts in India alone from May 15-June 15 attempting this kind of abuse," WhatsApp said on Thursday.

WhatsApp clarified that more than 95 per cent of such bans are due to the unauthorised use of automated or bulk messaging (spam).

"We expect to publish subsequent editions of the report 30-45 days after the reporting period to allow sufficient time for data collection and validation," WhatsApp said in the report.

The Facebook-owned company explained that the number of accounts banned have risen significantly since 2019 as the sophistication of systems has increased, and "so we are catching more accounts even as we believe there are more attempts to send bulk or automated messages".

The vast majority of these accounts are banned proactively, without relying on any user reports, it added.

About eight million accounts are banned/disabled globally on an average per month.

WhatsApp said besides the behavioural signals from accounts, it relies on available "unencrypted information" including user reports, profile photos, group photos and descriptions as well as advanced AI tools and resources to detect and prevent abuse on its platform.

In the report, WhatsApp said it had received 345 reports in total, cutting across categories such as ban appeal, account support, product support, safety issues and others.

WhatsApp said user reports received by the platform via the grievance channel/s are evaluated and responded to.

The majority of users who reach out to WhatsApp are either aiming to have their account restored following an action to ban them or reaching out for product or account support, it added.

'Accounts Actioned' denotes reports where WhatsApp took remedial action based on the report. Taking action denotes either banning an account or a previously banned account being restored as a result of the complaint.

The IT rules -- which came into effect on May 26 -- mandate that significant digital platforms include the number of specific communication links or parts of information they proactively remove by using automated tools.

The IT rules have been designed to prevent abuse and misuse of digital platforms, and offer users a robust forum for grievance redressal. Under these rules, social media companies will have to take down flagged content within 36 hours, and remove within 24 hours content that is flagged for nudity and pornography.

The rules also mandate appointment of three key personnel -- grievance officer, chief compliance officer and nodal officer. These officials need to be residents in India. Non-compliance with the IT rules would result in these platforms losing their intermediary status that provides them immunity from liabilities over any third-party data hosted by them.