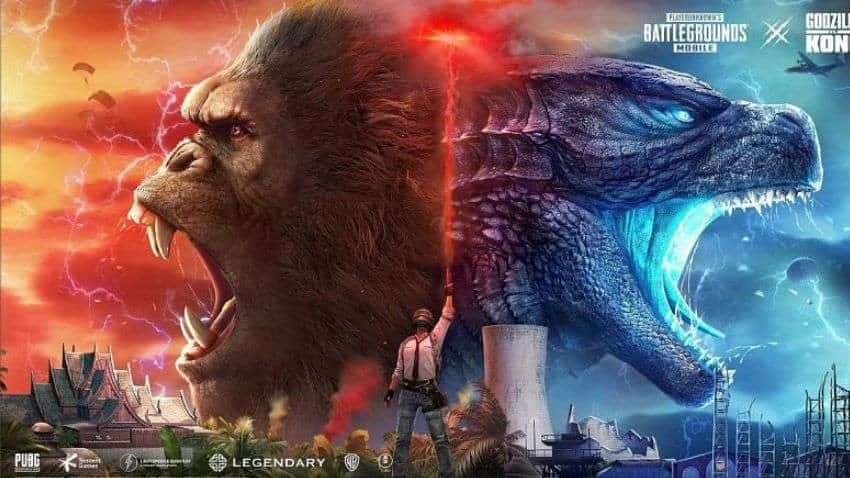 According to a report from Sportskeeda, the latest PUBG Mobile 1.4 patch update brings new modes, a new arena map, vehicles, and combat improvements. The latest update seems to be heavily inspired by the movie Godzilla vs. Kong as the patch brings to the table the ferocious monsters- King Kong, Godzilla, and Mechagodzilla as well.

A new arena map The Hangar will go live on June 1, the supported modes include- Team Deathmatch, arena training, and team Gun Game. The patch also includes a new vehicle- Coupe RB a two-seat sports car which will be available in Erangel, Miramar, Sanhok, and Livik.

A new over-the-shoulder combat option has been introduced as well which can be toggled in System Settings. The M249 has been optimised with the increase in recoil, and revamp skin. New magazine and stock attachments have been added as well.

There is a new social feature added as well in which players will be able to access Friend Moments from Personal Space and share status. Other add-ons include- security improvements, royale pass season 19 that kicks on May 17, basic performance improvements, etc.

The latest PUBG Mobile 1.4 patch update carries a file size of 660 MB for Android, and around 1.67GB for iOS. To download the new patch, open the respective Play Store or App Store, search for PUBG Mobile, and then tap on the Update button. For those trying to download the update using the APK file here’s how you can do it.