The PUBG Mobile 1.3 beta version was released a few days ago, and the new Karakin map has been one of the big draws for the players. 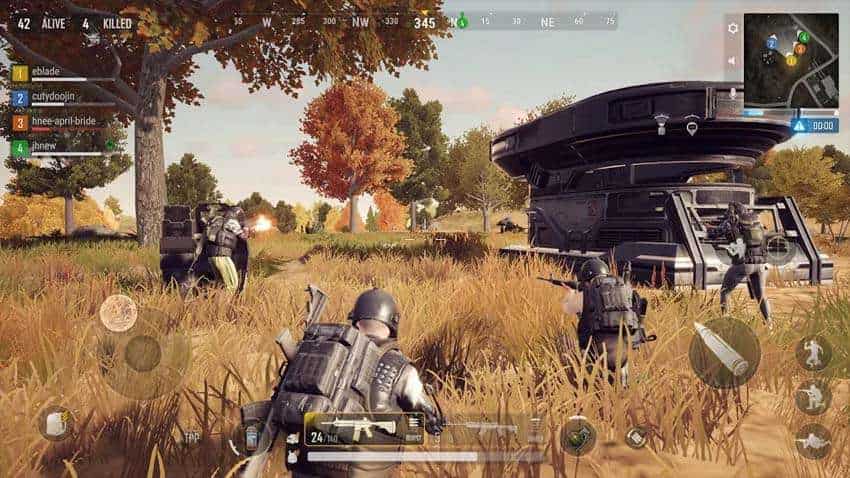 The PUBG Mobile 1.3 beta version was released a few days ago, and the new Karakin map has been one of the big draws for the players. Source: Google Play Store
Written By: ZeeBiz WebTeam
Edited By: Harish Dugh
RELATED NEWS

PUBG Mobile 1.3: PUBG Mobile game lovers are really having a good time! After the huge success of PUBG Mobile, the game developers have recently released the official trailer for the latest 'PUBG: New State' (PUBG Mobile 2) mobile game which is up for pre-registration as well. While the PUBG Mobile New State trailer is getting hits from gamers across the globe, the developers are regularly releasing new updates of the previous version as well.

Download PUBG Mobile 1.3 beta version from the link provided here: https://web.gpubgm.com/m/download_android.html. The file's size is 606 MB, and they have to make sure that there is enough space available on the device before downloading it.

Meanwhile, the size of the resource pack depends on the option selected, Sportskeeda reported. The gamers must enable the 'Install from unknown source' option if it hasn't been done already. Next, they have to locate and install the application. Once the application is installed, they can open it and select the preferred resource pack - Low-spec Resource Pack or HD Resource Pack.

After the download is complete, tap on the 'guest' option. Users can enjoy testing out the latest features in the beta version. Since this is a beta, it might have bugs and glitches. Players can report them in-game, according to the Sportskeeda report.

Meanwhile, The PUBG Mobile New State trailer shows some gameplay, graphics, and some new mechanics that will be available in the game. PUBG: New State is set in the year 2051 and brings new vehicles, weapons, new map, and more.