PlayerUnknown's Battlegrounds (PUBG) mobile game, immensely popular among the teenagers and Gen Z in the country, was banned in September last year along with several other Chinese apps amid incursion attempts into the Indian territory at Pangong Tso in eastern Ladakh by the Chinese People's Liberation Army. 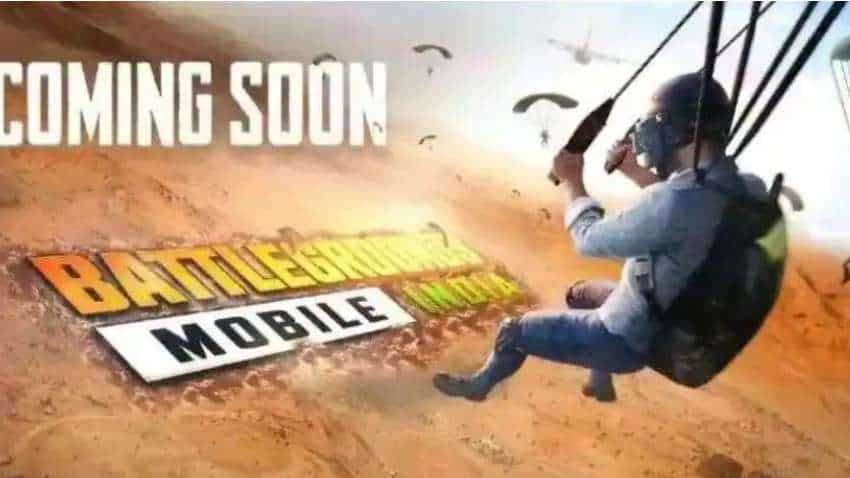 The battle royale game is now back, in a new avatar as 'Battlegrounds Mobile India' with customised features for its fans.
Written By: IANS

"Yeh PUBG wala hai kya?" Prime Minister Narendra Modi had quipped during the 'Pariksha pe Charcha 2.0' in January 2019, asking a mother who raised concerns about her son being too much involved in online gaming. The PUBG game has since crossed many levels before coming to a halt.

PlayerUnknown's Battlegrounds (PUBG) mobile game, immensely popular among the teenagers and Gen Z in the country, was banned in September last year along with several other Chinese apps amid incursion attempts into the Indian territory at Pangong Tso in eastern Ladakh by the Chinese People's Liberation Army.

PUBG Mobile, largely owned by South Korean company Krafton, was banned for its association with the Chinese tech giant Tencent. PUBG then had nearly 33 million users in India.

In November last year, PUBG Corporation said that it was making a comeback with the creation of an Indian subsidiary and a new game, stressing that it also plans to make investments worth $100 million in the country to cultivate the local video game, esports, entertainment and IT industries.

The battle royale game is now back, in a new avatar as 'Battlegrounds Mobile India' with customised features for its fans.

Does this pave the way for other banned Chinese apps to alter their course and re-enter the country via registering entities at neutral locations with a promise to keep the data of the gamers within India?

What will happen to the data of crores of Indians who were playing the original PUBG Mobile?

According to leading cyber law expert Virag Gupta, PUBG and many other apps were banned under Section 69A of the Information Technology Act, since they were involved in activities causing prejudice to the sovereignty and integrity of the country.

"After imposing the ban, the government has failed to get control of huge amount of data pertaining to crores of Indians. The relaunch of PUBG Mobile through a new setup may be a big corporate fraud that needs thorough investigation by the Home Ministry and the Enforcement Directorate (ED) about its association with the previous owner, IP rights holder on data and its Chinese connection," Gupta told IANS.

The government should also direct Google Play Store in India to not allow the game with fresh branding, "in view of last year's ban order, otherwise other banned apps will re-enter India through this modus operandi", Gupta stressed.

Seasoned cyber law expert Pavan Duggal said that India neither has a dedicated law, nor a dedicated policy on mobile applications.

"If any app has been banned, it is not open for the said app to change its manifestation or avatar and also the modus operandi and enter India again," Duggal told IANS.

"India needs to quickly enforce the new Information Technology (Intermediary Guidelines) Rules, 2021 in the context of the mobile application ecosystem, so that the mobile app developers and mobile app service providers can also comply with the due diligence parameters detailed therein," he emphasised.

PUBG Mobile is back when the online casual gaming segment in India is projected to grow at 29 per cent Compound Annual Growth Rate (CAGR) during FY 21-25 to reach Rs 169 billion, according to a report by KPMG in India.

Currently, the segment stands at Rs 60 billion in FY 21, accounting for 44 per cent of the total online gaming revenues.

Industry players, however, welcomed the arrival of PUBG with new branding.

According to Parth Chadha, Founder, EWar Games, this would provide a major boost to the community-oriented, passionate esports ecosystem in India.

"There has been an unprecedented rise in the number of young gamers transitioning from being non-serious or amateur mobile gamers to midcore or hardcore 'pro' level gamers. We foresee huge opportunities not only for previously-skilled PUBG gamers, but also for many lesser-known yet talented gamers," Chadha said in a statement.

Seven in 10 urban Indians are now playing video games or mobile games on any device. India now ranks among the top 10 gaming countries in the world, according to YouGov.

Today's gamers in India have, on an average, close to seven games installed on their mobile phones. Among these, there are at least four games that they play avidly, as per the latest report by market research firm CMR.

"Driven by the pandemic, the app economy is at an inflection point in India. Whether it be hyper-casual, casual or serious gamers, mobile gaming today is increasingly getting democratised. Similarly, social isolation is driving consumers to seek comfort in social media apps," said Prabhu Ram, Head-Industry Intelligence Group, CMR.

"Given the exciting market opportunity that India's app economy posits, it is no wonder that brands will potentially seek to re-enter the market," he told IANS.