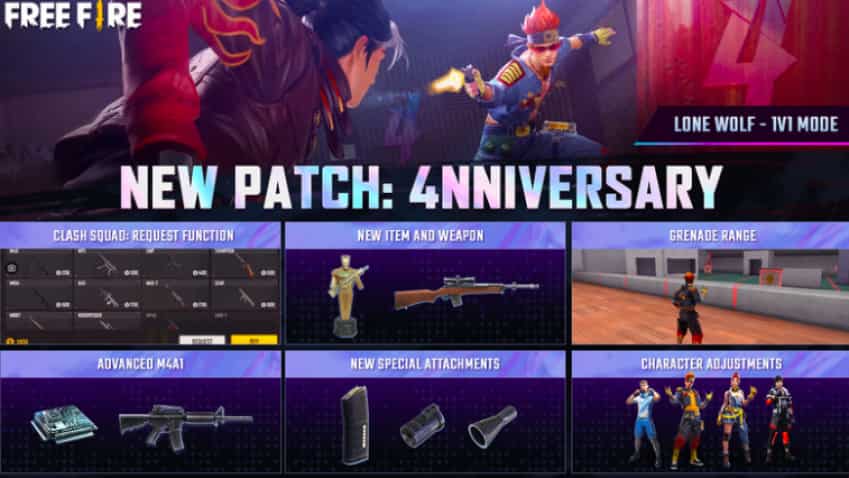 The game's developers have also revealed that they have collaborated with the well-known DJ duo Dimitri Vegas & Like Mike.
Written By: ZeeBiz WebTeam
Edited By: Ravi Kant Kumar
RELATED NEWS

Free Fire OB29 update: Garena Free Fire, one of the most famous battle royale games on the mobile platform, recently released OB29 4th-anniversary update and brought in a slew of new features as well as other improvements. It brings tons of elements to the BR title like new characters, weapons, system improvements, etc.

The game's developers have also revealed that they have collaborated with the well-known DJ duo Dimitri Vegas & Like Mike. In the patch notes, it has been announced that characters based on both of them are set to make their way into Free Fire. Players are ecstatic and can't wait to acquire the in-game personas of Dimitri Vegas and Like Mike, which will be made available soon.

"We cannot contain our excitement any longer! Welcome, Dimitri Vegas and Like Mike who will be joining us in the game as our next global celebrity characters!. Congrats to all of you who managed to guess this right. The addition of these new characters will surely bring a difference into the game!," the company wrote on Instagram.

To download the Free Fire OB29 update on Android and iOS devices -  If you have an Android device, here are the steps to follow to update the Free Fire to the latest OB29 version -  Open Google Play Store and search for Free Fire in the search tab. Once the Free Fire game opens up in the app store, you will find the Update option.

You can try to download it using APK and OBB files. In case you aren’t able to find the files, you can read this article and download the latest Free Fire version. For those having iOS devices, here’s how they can download the Free Fire OB29 update from the Apple App Store. First up, open the App Store on the iOS device. Next, tap on the profile icon. Following this look for any pending updates and then click the update button beside Free Fire to get the latest version.