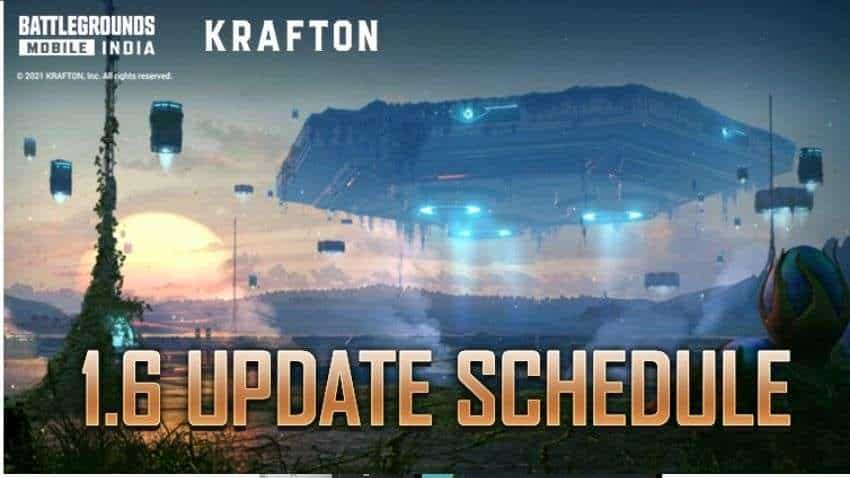 The upcoming BGMI update will come packed with a host of new features and tweaks, which are expected to enhance the overall user experience.
Written By: ZeeBiz WebTeam
Edited By: Ravi Kant Kumar
RELATED NEWS

As client distribution proceeds sequentially in AOS, there may be differences in the timing of exposure of the updated version in Playstore depending on the device you use.

"We recommend installing in a wi-fi environment as possible when updating as lots of mobile data can be consumed. We will notify you if the distribution gets delayed or completed early," the gaming company said.

BGMI 1.6 update will bring Flora Menace mode, which will be available on Livik map on September 22, Erangel on September 17, and Sanok on September 18. Some of the key elements of this game mode include Rejuvenation Barrier, Dynahex Supply, and Cell Matrix. Additionally, some features from Mission Ignition mode will also be available in the soon to be released game mode.

The patch note revealed that in the popular Erangel map, players will be able to find Yarilo Specimen, Faulty Chip, and Vine. Players will then be able to sell for Research Supply Tokens. The update will bring VS AI game mode, which will allow players to join the Livik map and take on AI-controlled opponents to win the Chicken Dinner. The mode also allows players to team up with friends and play squad matches.