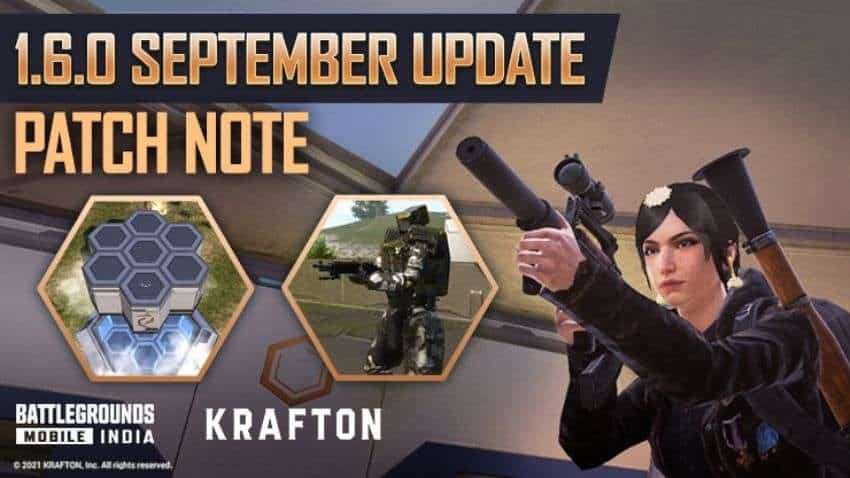 Battlegrounds Mobile India 1.6 update will bring Flora Menace mode, which will be available on Livik map on September 22, Erangel on September 17, and Sanok on September 18. Some of the key elements of this game mode include Rejuvenation Barrier, Dynahex Supply, and Cell Matrix. Additionally, some features from Mission Ignition mode will also be available in the soon to be released game mode.

The patch note revealed that in the popular Erangel map, players will be able to find Yarilo Specimen, Faulty Chip, and Vine. Players will then be able to sell for Research Supply Tokens. The update will bring VS AI game mode, which will allow players to join the Livik map and take on AI-controlled opponents to win the Chicken Dinner. The mode also allows players to team up with friends and play squad matches.

"Dear BATTLEGROUNDS MOBILE INDIA fans, The long-awaited September Update is here, and we can’t wait to share all the cool stuff we have planned in store for you!  And, yes, we remember your excitement and immense love shared on Mission Ignition mode, and I’m sure you’ll find Flora Menace coming your way to be refreshing and a great way to drop in and have some fun with your squad," the company wrote.

How to download BGMI 1.6 update on Android: Open the Google Play Store on your Android device and search for “Battlegrounds Mobile India. Once it opens, tap on the Update button and the download of BGMI 1.6 new update will then begin. Once updated, you will be able to check the new content.

How to download BGMI 1.6 update on iOS: Open the App Store and then tap on the profile icon at the top of the screen. Scroll down to check for pending updates. Then tap the Update option to update the game to its latest version.