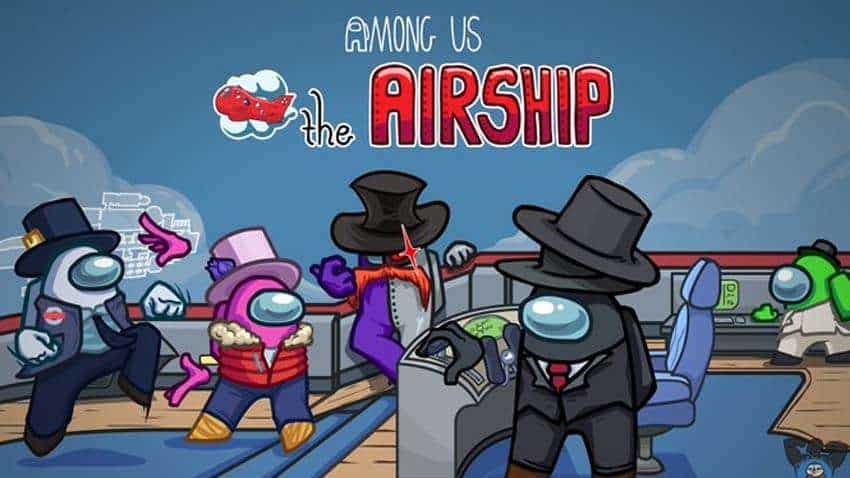 Among Us Airship map download: Good news for the mystery-party-action game 'Among Us' fans. The massively popular multiplayer mobile game has finally released its new Airship map. The new Among Us Airship map includes more than a dozen rooms, new tasks, ladders and the chance to choose the room you start in. According to the game developers Innersloth, the minimum system requirements for mobile will be iOS 13 and Android 6. It will be available as a free update on Android and iOS.

Among Us took to micro-blogging site Twitter and released the new Airship map: "#TheAirship is OUT NOW Police cars revolving light. Welcome aboard! Play the new, free Among Us update featuring: Medium star New tasks, hats, and areas to explore, Medium star Accounts for reporting, Medium star Our biggest map yet. Work together and carry out the greatest plan - whether that's as a Crewmate or Impostor."

"What's in our future plans for Among Us? Full art style revamp,  Bigger lobbies - up to 15 players, More transparency & updates," the company wrote on Twitter.

In its blog Among Us wrote: "Welcome recruits! Hop onto the newest Among Us map – the Airship! Out now on all platforms, work together on this airship to carry out the greatest plan... though whether that’s as a Crewmate or Impostor is another question."

This free map update includes: The 4th map, and the biggest one yet, New tasks including jewel polishing, emptying trash (wow fun), and more, The ability to pick the room you start in, All new areas to explore, Improved mobility with ladders and moving platforms, New free hats including a heart pin, angry eyebrows, unicorn head, rubber glove, and more!, The Henry Stickmin Collection.

"Furthermore, an all-new Airship Skin Bundle is available for purchase! Check it out here and get fancy new gear to impress all your friends and enemies. Each new outfit in this bundle comes with its own custom kill animation! Not that you’ll need it," the company said.

Meanwhile, 'Among Us' had become the most downloaded mobile game on both Android and iOS app stores in 2020, beating out games such as PUBG Mobile and Roblox. According to data released by Apptopia, 'Among Us' garnered 264 million downloads globally and 41 million in the US.

'Among Us', the online multi-player deduction game, in which spaceship crew members work together to complete tasks and root out imposters before they're virtually killed, became a hit on Twitch.