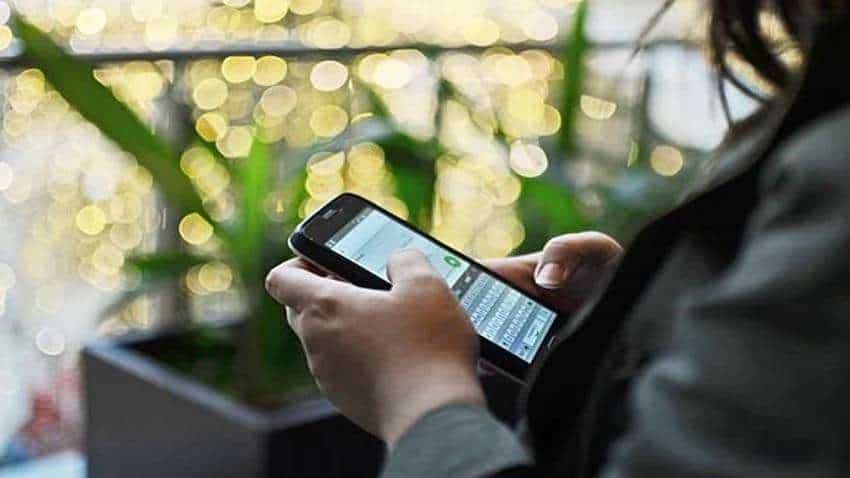 The Facebook-owned instant messaging platform is yet to update its FAQ page with the same. Pixabay Photo
Written By: ZeeBiz WebTeam
Edited By: Harish Dugh
RELATED NEWS

Yes, here is another horror WhatsApp update! And yes, WhatsApp may stop working on these Apple smartphones. So, Apple iPhone users, read this very carefully. WhatsApp has reportedly dropped support for iPhones running iOS 9. According to a website WABetaInfo, which tracks WhatsApp, iOS 9 devices that are on the 2.21.50 WhatsApp beta version, won’t be able to use the messaging app. The Facebook-owned instant messaging platform is yet to update its FAQ page with the same.

"WhatsApp Messenger beta 2.21.50 drops the support for iOS 9. The FAQ hasn't been updated yet,"  WABetaInfo wrote from its Twitter account. According to the official WhatsApp FAQ page, the company stated that its instant messaging platform currently supports all iPhones running iOS 9 or above. For Android, it supports all Android phones running Android 4.0.3 or above. KaiOS 2.5.1 or newer are also eligible.

As per the report from BGR India, the messaging platform is soon expected to update its FAQ page with the latest supported operating versions, before it rolls out the next version update of the app that drops the support.

People who are using an iPhone that runs the iOS 9 operating system, can try and update it to a newer version. However, if the device has been dropped from the iOS update cycle, then they can start backing up the chats and exporting all of the necessary media.

Meanwhile, WABetaInfo, had shared a couple of screenshots last week, revealing that WhatsApp is working on the disappearing images feature. As the name suggests, the images will self-destruct after a pre-set time for both the sender and receiver. WhatsApp`s approach to the feature is similar to Instagram Direct stories, in which case an image or video is only viewable once before it expires.

The feature will be available for both private and group chats. The new addition will arrive alongside the self-destructing messages, which was revealed back in November 2020, IANS reported.

In addition, WhatsApp is reportedly rolling out a new feature where a user can make or receive audio and video calls right on the desktop screen. The options to make audio and video calls have started appearing for some beta users, besides the search button at the top of the chat window - both bearing the beta tag.