Will Amazon be able to sell enough ‘used goods’ after Quikr, OLX? 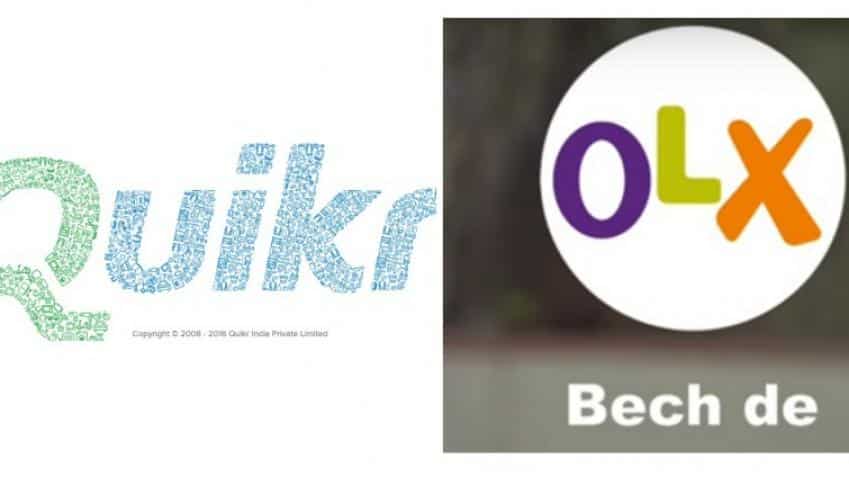 Earlier in 2015, OLX, which was founded in 2006, claimed to have 80% market share in its consumer-to-consumer segment. However it had also said that its ‘direct rival’ was 50-60% of OLX’s size. Image Source: Quikr website/OLX Youtube
RELATED NEWS

E-commerce giant Amazon with its recently launched ‘pick-pack-andpay’ initiative took on old competitors like Quikr and OLX who function on a model for users to buy and sell goods from each other.

“The program builds off learnings from similar programs Amazon has globally and has been specifically customized for customers in India (individuals/home entrepreneurs) with features like doorstep pick-up, packing and delivery to customer’s doorstep by Amazon,” Amazon India Spokesperson told Zeebiz.

Talking about its initiative on entering the customer to customer forte, Amazon spokesperson said, “…a price recommender for guiding sellers on how to price their used items and a localized discovery experience for buyers help driving quick sale.”

Amazon said they would charge a nominal fee of Rs 10 for shipment to the recipient for orders under Rs 1,000 after pick up and packaging, Rs 50 for items valued between Rs 1,000 and Rs 5,000 and Rs 100 for those priced above Rs 5,000. Returns will be brought back to the doorstep of the sellers at no additional cost to them, the company said.

The company’s major source of income was online advertising and is operational in 45 countries.

It lets customers list ads for free however charges them a registration fee and additional charges if they want their feature ads to appear in ‘specified places’ on their website, OLX terms and conditions state.

Quikr on the other hand started in 2008 and was initially launched in 2005 as Kijiji India.

The company primarily gets its revenue from paid listing of advertisements and lead generation for small businesses.

It has been operating as a ‘classified advertising’ platform for users to buy or sell goods and services from each other. Other services offered include a missed call service and instant messaging.

Quikr launched its ‘door-step pick-up and delivery’ last year in March to include mobile phones, electronics & appliances, household furniture and other such products.

The company claims to operate in over 1,000 cities with over 30 million users in India.

Both OLX and Quikr refused to comment on Zeebiz queries.

In its Consumer Research on Used-Goods and Selling Trends (CRUST) survey of 2016, OLX said that the unused goods market in India in just 16 cities was over Rs 56,200 crore.

India’s used goods market is poised to reach $25 billion by 2020, a report by Quartz said.

However, the customer to customer seller platform has been a ‘cut-throat’ competition up till now.

In 2014, Quikr CEO, Pranay Chulet, said in an interview with NDTV Gadgets 360 that neither OLX nor Quikr were making any profits up till then.

Amarjit Singh Batra, OLX CEO, in the same interview said that with OLX’s free ad listing model only 5% of users were paying for ads.

He said that the focus needed to be on acquiring users, to build revenues at a later point.

Late to the competition, Amazon spokesperson said, “Anyone looking to sell their used products can now do so now on Amazon with minimal effort. ‘Sell as Individual’ is a global Amazon program and has been launched for Bangalore customers at the moment.  Based on our learnings in Bangalore, we will consider expansion in more cities.”