What's in a name? Well, this girl made whopping Rs 2.75 cr by naming babies!

What's in a name? You may stop asking this question after reading the story of this 19-year-old British student Beau Jessup. 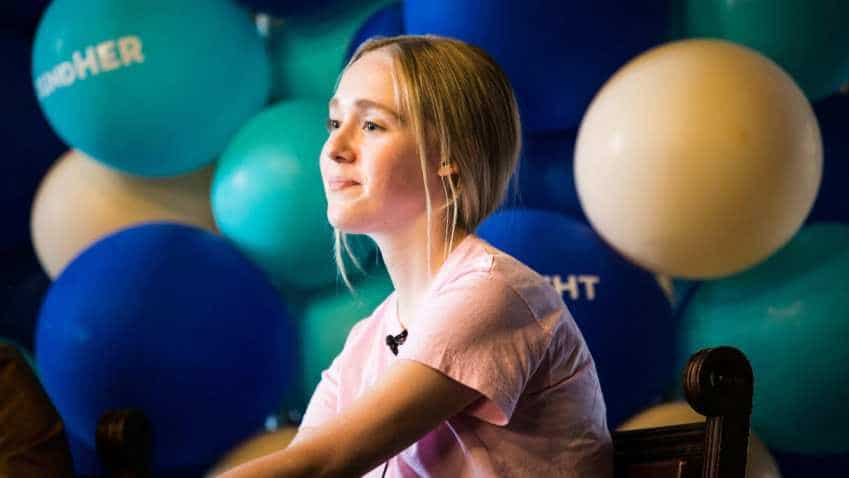 What's in a name? You may stop asking this question after reading the story of this 19-year-old British student Beau Jessup. Though she is just like any other British teenager, there is a difference - She funds her college education by naming Chinese babies. Jessup is the founder and CEO of Specialname.cn - a website dedicated to providing culturally appropriate English names for Chinese babies to their parents.  Jessup's profile on her website reads, "I am the CEO and founder of Special Name in the UK - Beau Rose Jessup. In the past 12 years, I have visited China frequently. Whenever I am in China, I am often asked by my colleagues to help them and their children to take a special English name."

"Like Chinese names, when you meet friends or work partners, they will associate the English name with your child's personality, and the name will leave a first impression on others. Therefore, giving a child a name is not only a very high honour but also a major responsibility. In the future, your child's English name will appear on their college application or on a business card. Their names should represent the image they want to be remembered," it adds.

In an interview to CNBC Make It, Jessup said the idea of starting the naming business through a "chance encounter". It all started when Jessup was travelling in China and one of her business associates sought help to name her three-year-old daughter.  After giving a name to her associate's daughter, Jessup realised more parents in China may be interested in taking her help. Hence, came the idea of 'Specialname.cn'.

All babies in China are given a name consisting of two-three characters. However, scores of Chinese people like to have a Western name to interact with English speakers.