This man turned down $100 mn offer for his start-up

Good call. Quek’s company, an app for selling used goods called Carousell, is now valued at about $500 million, according to a person familiar with the matter. The CEO doesn’t regret his choice. “This is a once-in-a-lifetime opportunity,’’ Quek said in an interview. “We want to build an enduring company.’’ 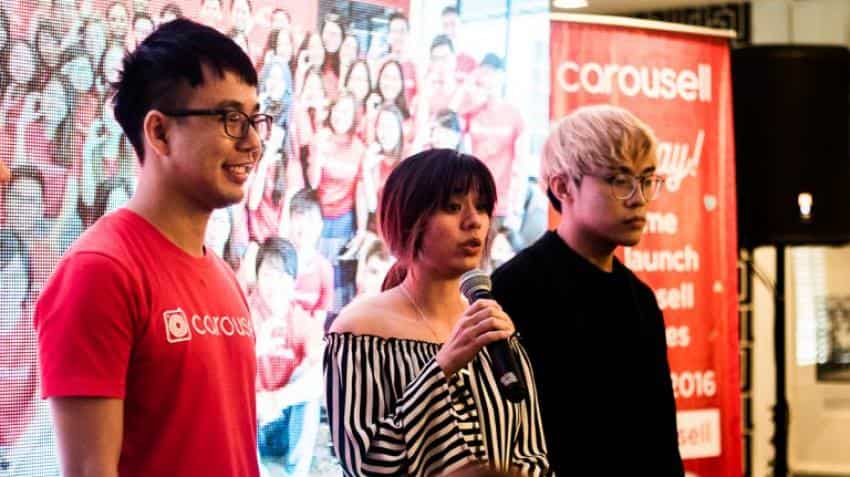 A few years ago, Quek Siu Rui huddled with the board of his Singapore startup to consider whether to sell. Quek was only 26 and the $100 million offer would have made him wealthy beyond his dreams. Image source: Reuters
Written By: ZeeBiz WebTeam
RELATED NEWS

(Bloomberg) A few years ago, Quek Siu Rui huddled with the board of his Singapore startup to consider whether to sell. Quek was only 26 and the $100 million offer would have made him wealthy beyond his dreams. But he said no: He wanted to keep building the business.

Good call. Quek’s company, an app for selling used goods called Carousell, is now valued at about $500 million, according to a person familiar with the matter. The CEO doesn’t regret his choice. “This is a once-in-a-lifetime opportunity,’’ Quek said in an interview. “We want to build an enduring company.’’

Six-year-old Carousell operates in seven markets including Singapore, Hong Kong and Australia and is one of the region’s most popular virtual flea markets. People use it to sell everything from second-hand cars and couches to game consoles and, as of this week, purple wigs.

After raising $85 million in a recent funding round, Carousell plans to build out its existing markets, which also include Indonesia, the Philippines and Taiwan, before expanding to more countries. It’s part of a league of classified marketplaces, including Seattle-based OfferUp Inc. and Japan’s Mercari Inc., that are aiming to challenge Ebay Inc. and Craigslist Inc.

Quek and his partners, Lucas Ngoo and Marcus Tan, got to know each other as students at the National University of Singapore. The self-described geeks bonded over their hobby of buying and selling gadgets online. As part of a university program, they spent a year in Silicon Valley and attended talks by entrepreneurs, including Facebook Inc. founder Mark Zuckerberg.

They founded Carousell in 2012, naming it after the Kodak Carousel projector featured as the cutting edge of technology on the TV drama "Mad Men.” They won over millennial fans by making the shopping experience as simple to use on a mobile phone as Instagram or WhatsApp.

Quek, now 30, drew inspiration from Zuckerberg, who also turned down buyout offers in his early years. Facebook has since become something of a rival with the debut in Singapore this year of Marketplace, its platform for consumers to sell used items. Quek isn’t too worried. “The launch of Facebook Marketplace is a validation that the problem we are solving is massive,’’ he said.

The three founders have turned to machine learning and artificial intelligence as they try to shorten the listing process from few minutes to a few seconds. When a user takes a photo of an item, its app can recognize a pair of sneakers or a bag and suggest a category and title. That’s helped Carousell grow to more than 144 million listings. The company is now working to suggest optimal pricing.

There are local touches too. Its popular in-app chat recommends a response based on the conversation. They include Singaporean-English (or Singlish) phrases like “Can or not?,’’ a way of asking if something is possible, or “Wait ah,’’ which means wait a moment.’’

This month, the company will roll out CarouPay, which allows users to complete transactions without leaving the app. It’s already unveiled premium services for sellers, paid ads and subscription services for car dealers and property agents in Singapore.

“The rise and evolution of Siu Rui has been phenomenal,” said Kuo-Yi Lim, managing partner at Monk’s Hill Ventures in Singapore, which is not a Carousell investor. “Without question, they are going to be attractive to a lot of people. The question for Siu Rui and his team is, ‘Is this the right company to sell out to? Is this the right time to give up control or should we continue to shoot for the moon?”’

Quek acknowledges he continues to get deal inquiries -- but the company is still not for sale. “We want to be in the driver’s seat,’’ he said. “We are less than 1 percent done.’’