Startup India can help Standup India scheme if the CLCSTUS is implemented for the SMEs and MSMEs in India as the success rate in Mudra Loan would go high drastically. 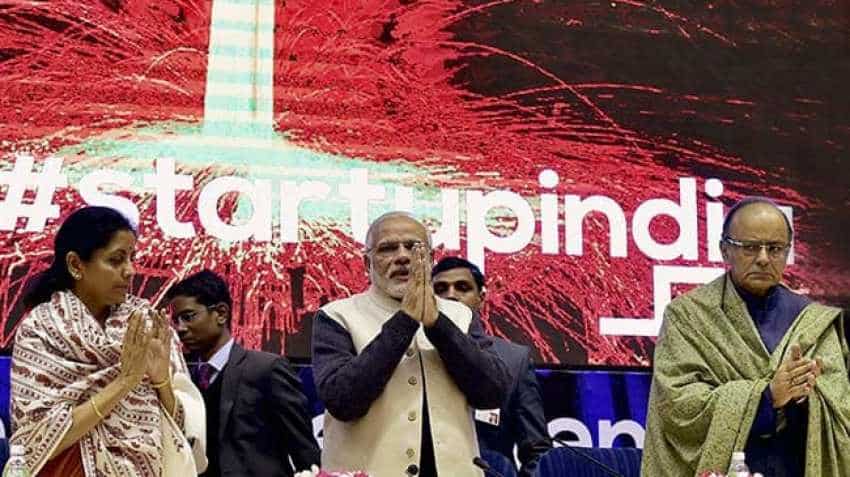 Smooth credit access and CLCSTUS would enable SMEs to enhance their share in a net export of India by at least 5 per cent, say industry insiders. Photo: PTI
Written By: Asit Manohar
RELATED NEWS

SMEs share in the net exports of India currently stands at around 40 per cent after having tapped new export destinations in Latin America, Africa and to some extent, European nations other than UK, France and Germany. However, Small and Medium Enterprises (SMEs) and Micro Small and Medium Enterprises (MSMEs) are demanding some assistance from the Centre in terms of loan disbursal and subsidies. The Industry insiders want the government to take some action in regard to credit flow to the SMEs and MSMEs. They said implementation of CLCSTUS (Credit Linked Capital Subsidy Technical Upgradation Scheme) would do miracles for them.

Talking about what Indian SMEs and MSMEs need, Rajeev Chawla, Chairman, IamSMEofIndia said, "SMEs have contributed around 40 per cent of the net Indian exports in the last financial year. Ahead of the interim budget 2019, the Modi government had announced CLCSTUS under which 7 types of subsidies would be made available to the SMEs and MSMEs that includes the majority of the startups that have come availing the Mudra loan scheme." He said that the Startup India scheme can help the Standup India too citing, "Hope the CLCSTUS will be implemented post-Lok Sabha Elections 2019 as it was announced in March 2019 and immediately after that announcement, the Election Commission had announced the dates of General Elections 2019. Once, the scheme is implemented, I am sure it would help SMEs to enhance their export share by at least 5 per cent from the current 40 per cent."